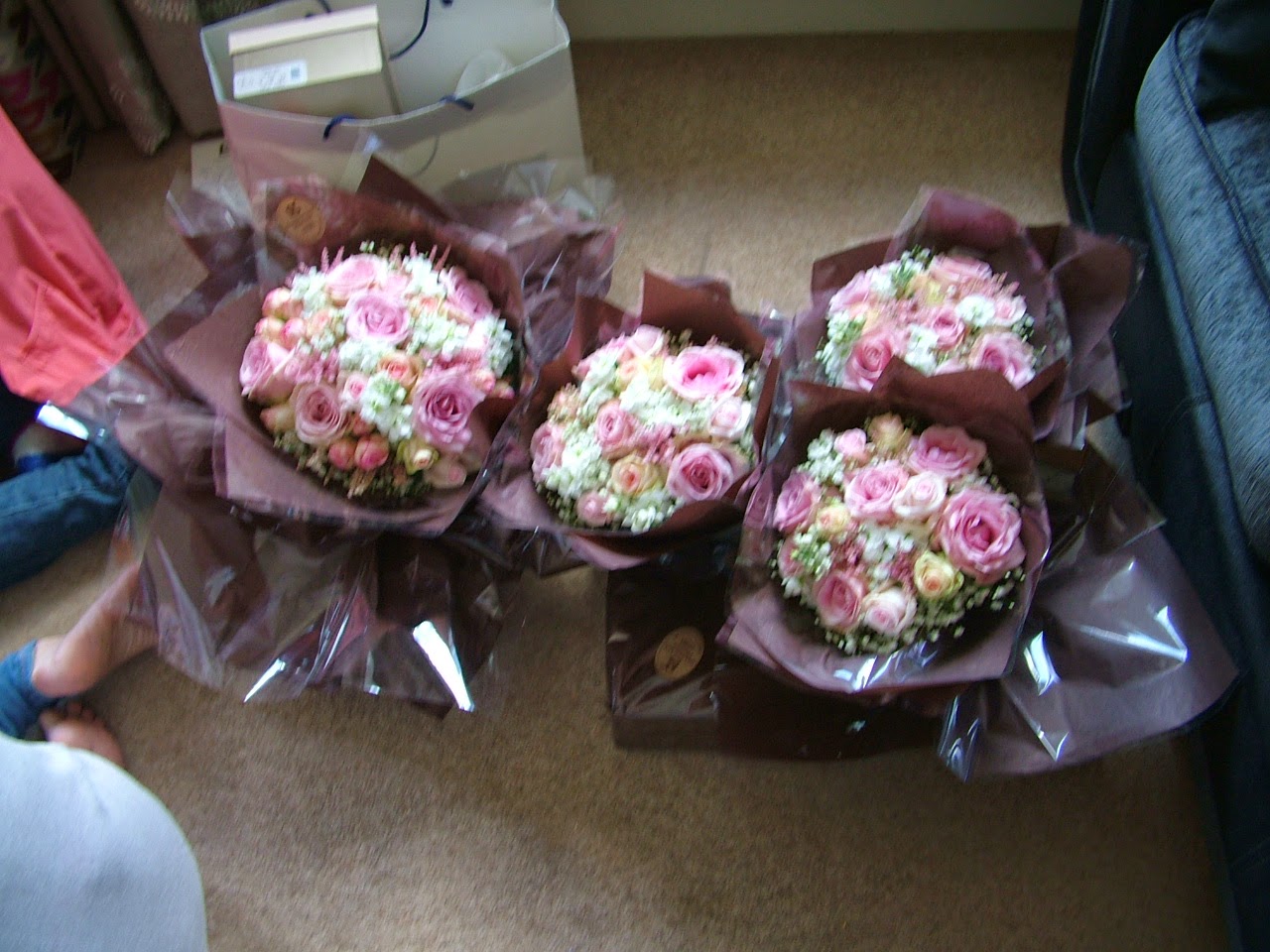 With the exception of the odd fight, few events bring people together more than a wedding, and few people are more proud than the bride's father!


This past weekend it was my turn, when my beautiful daughter married her wonderful fiancee Ben. We had three days of perfect weather, and the venue and catering couldn't have been better. 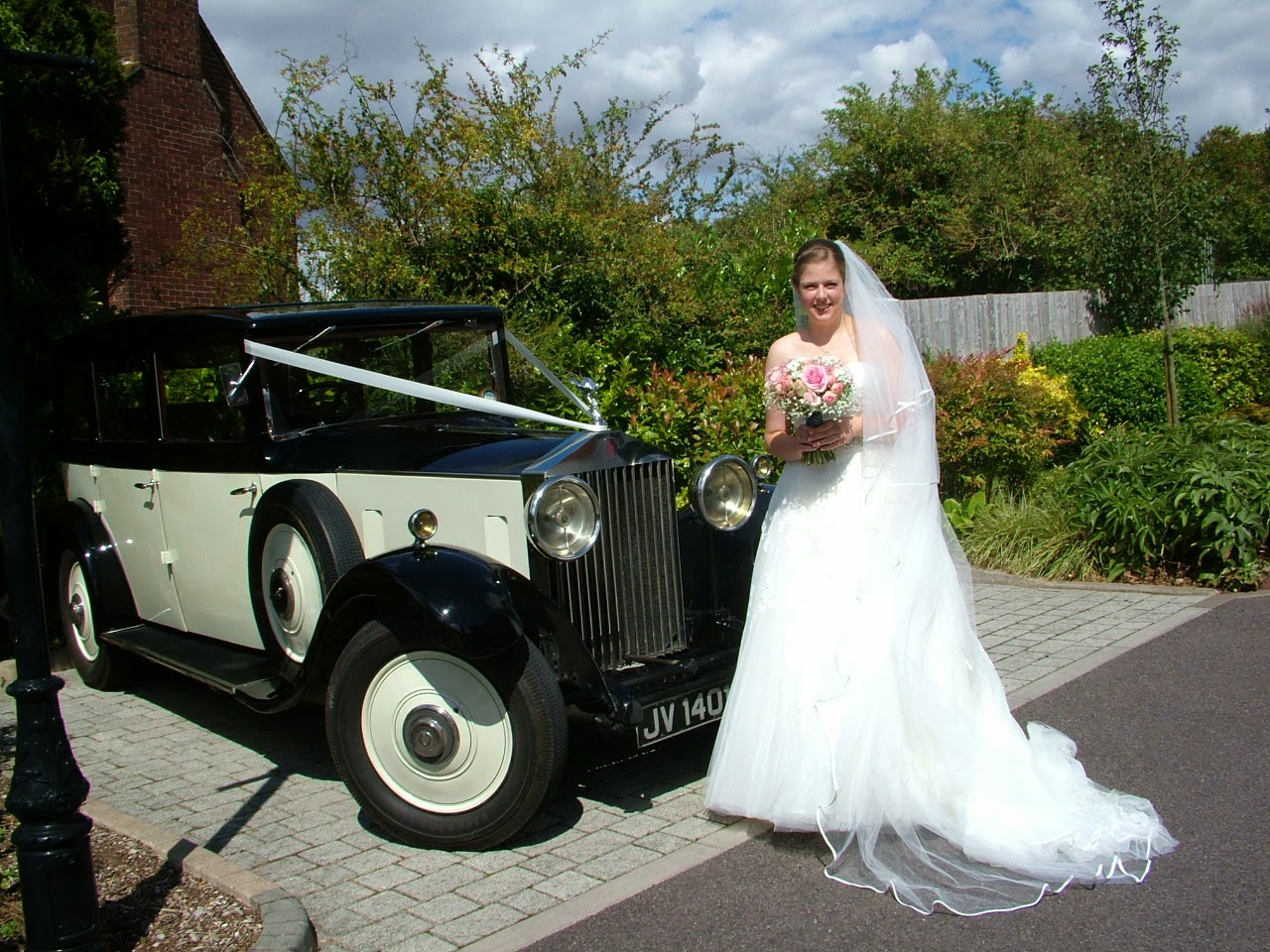 We started on Friday with a golf match for 21 of the guests, including myself, which gave me the opportunity to meet many new acquaintances and make many life-time friends. 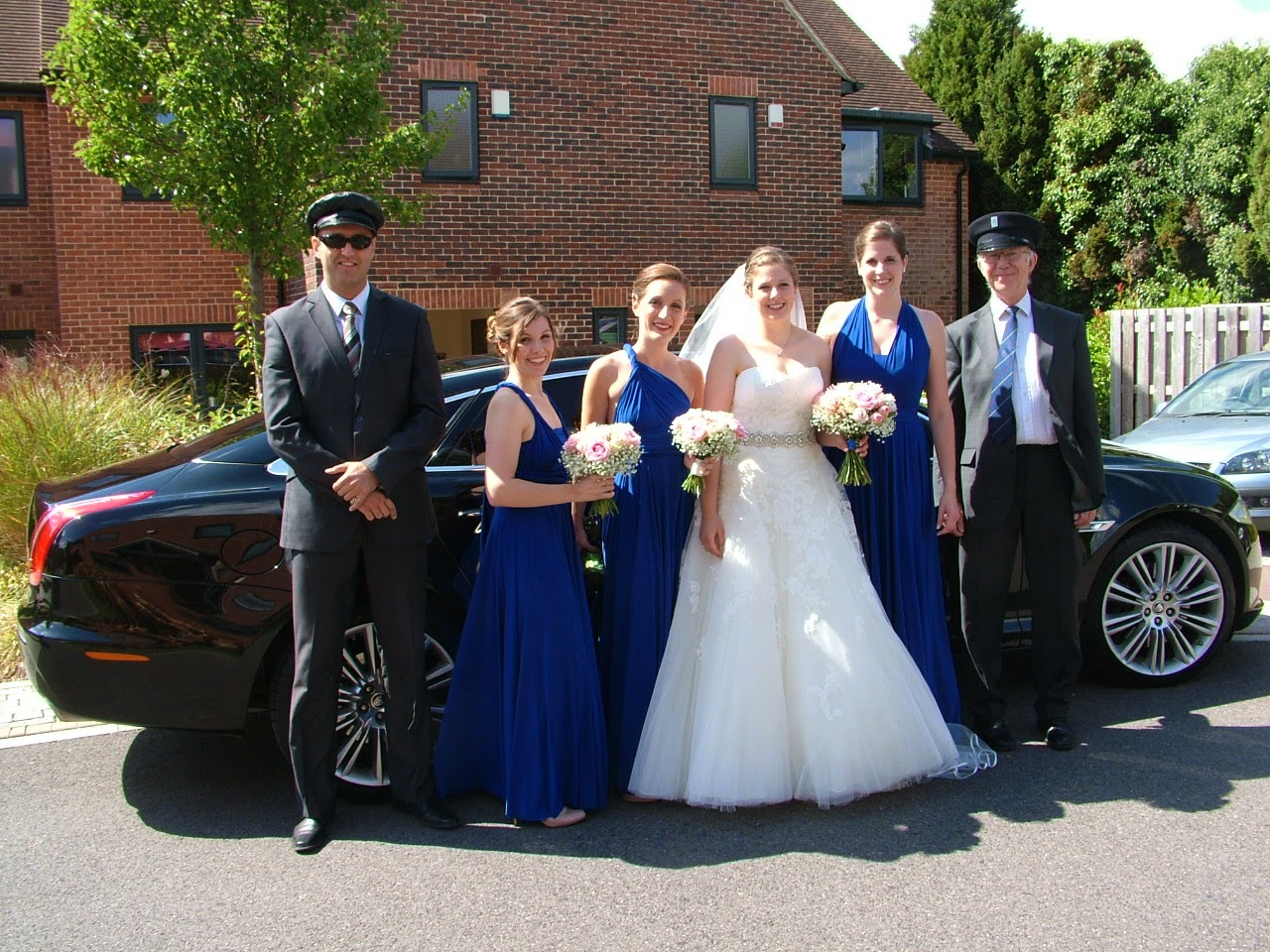 The wedding on the Saturday went without a hitch with a big red bus ferrying guests from the hotel to the wedding venue, a Rolls Royce and big Jaguar taking my daughter, the bridesmaids and myself, and a fleet of taxis taking everyone back to the hotel at the end of the evening. Sunday was a day for close family to get together and compare notes and photos. 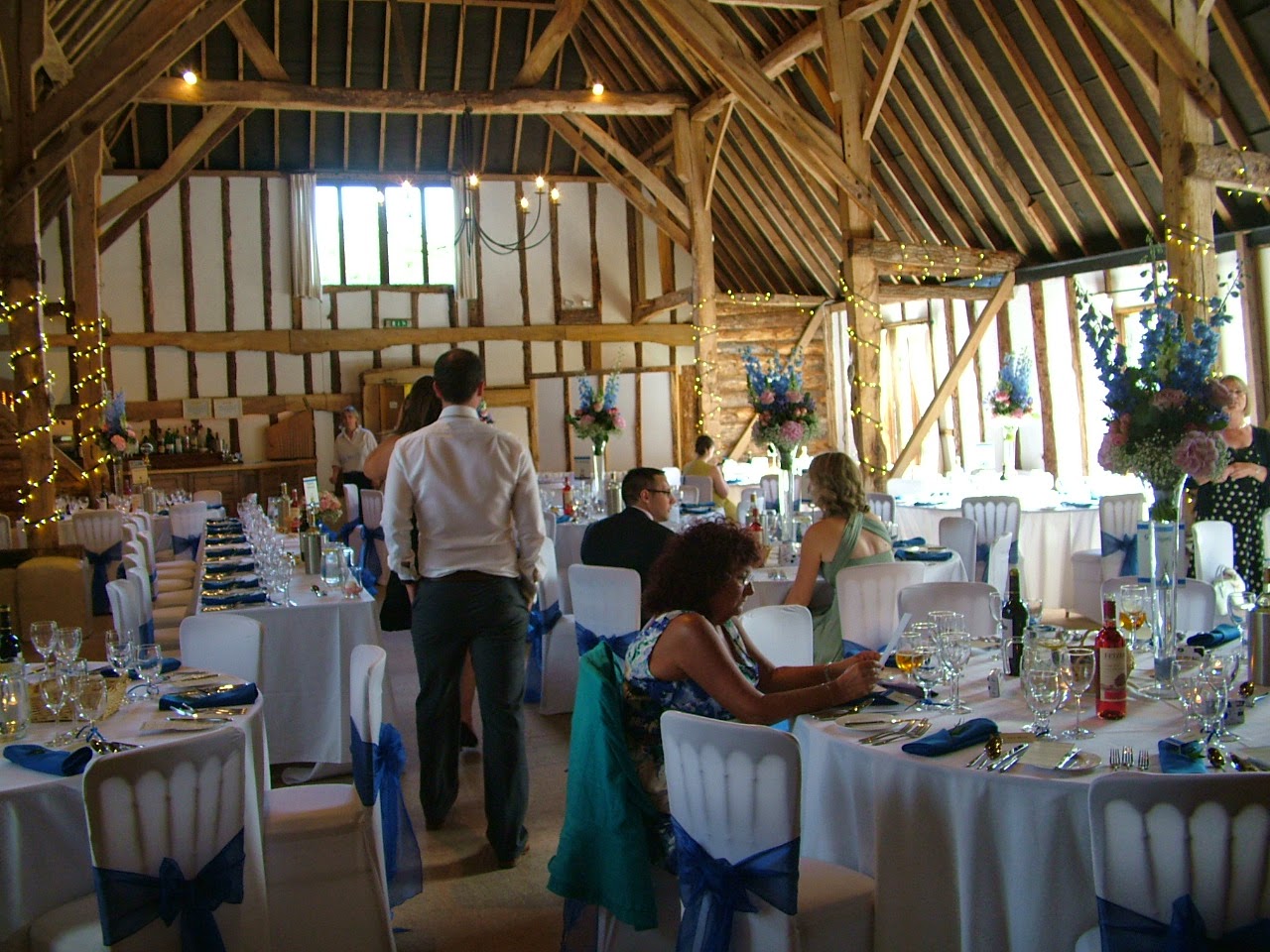 We couldn't have asked for a better weekend, of son-in-law. 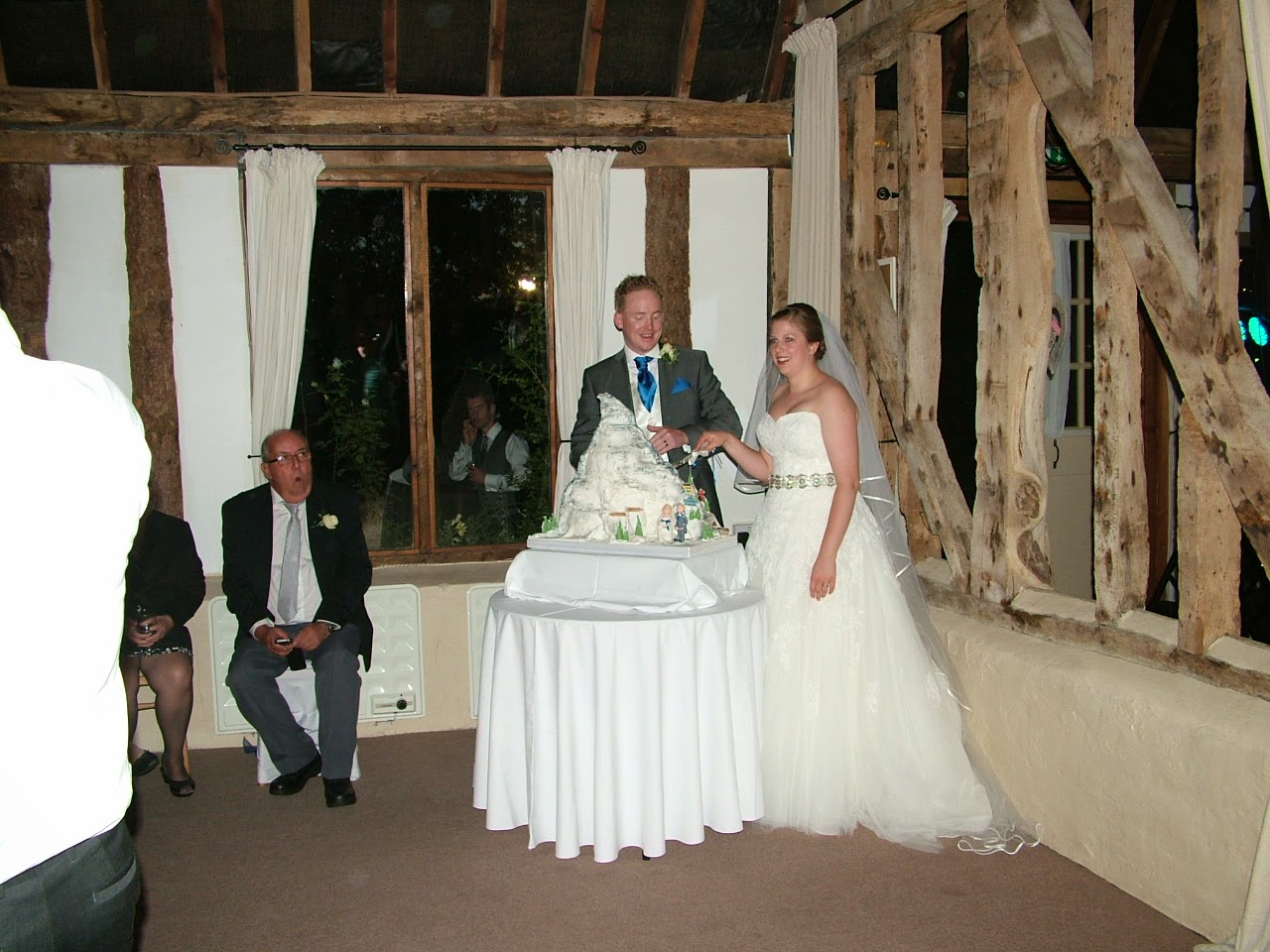 Occasionally at the foot of my weekly Friday evening blog post I put a link to my books on Amazon, but not often. Let's face it, people don't read my blog so they can be directed to a site where they can spend their hard-earned money.... minimal though the cost may be. 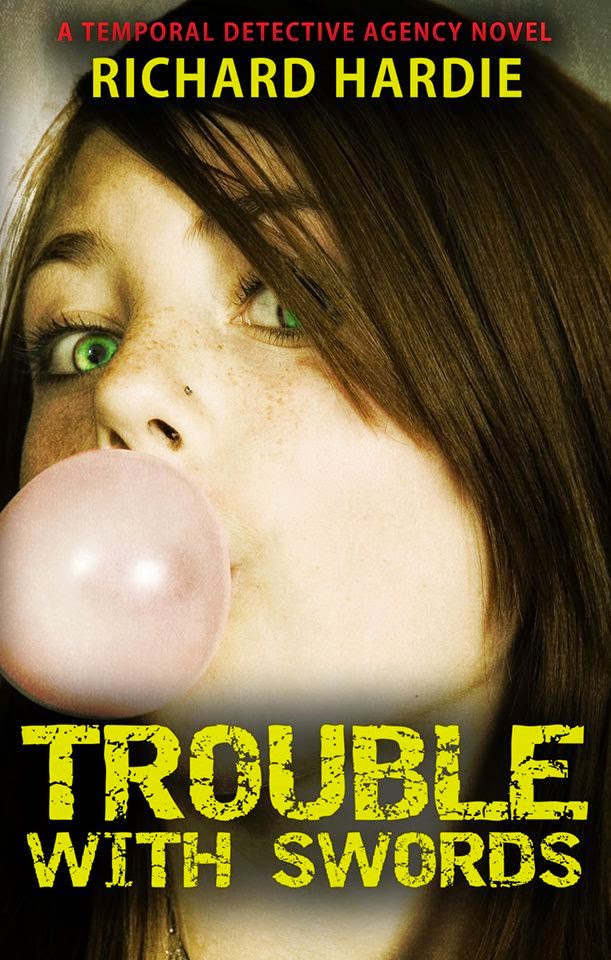 But tonight I'm going to break the habit of a lifetime and make this a selling blog, mainly because a week ago today the second book in my Temporal Detective Agency series, Trouble With Swords, was published by Crooked Cat as both an eBook and paperback. The next day I had a book signing at The Book Shop in Lee-on-the-Solent at which the shop staff dressed up as characters from the book and I took along Excalibur. We sold lots of books, including a load of Leap of Faith, the first in the series! 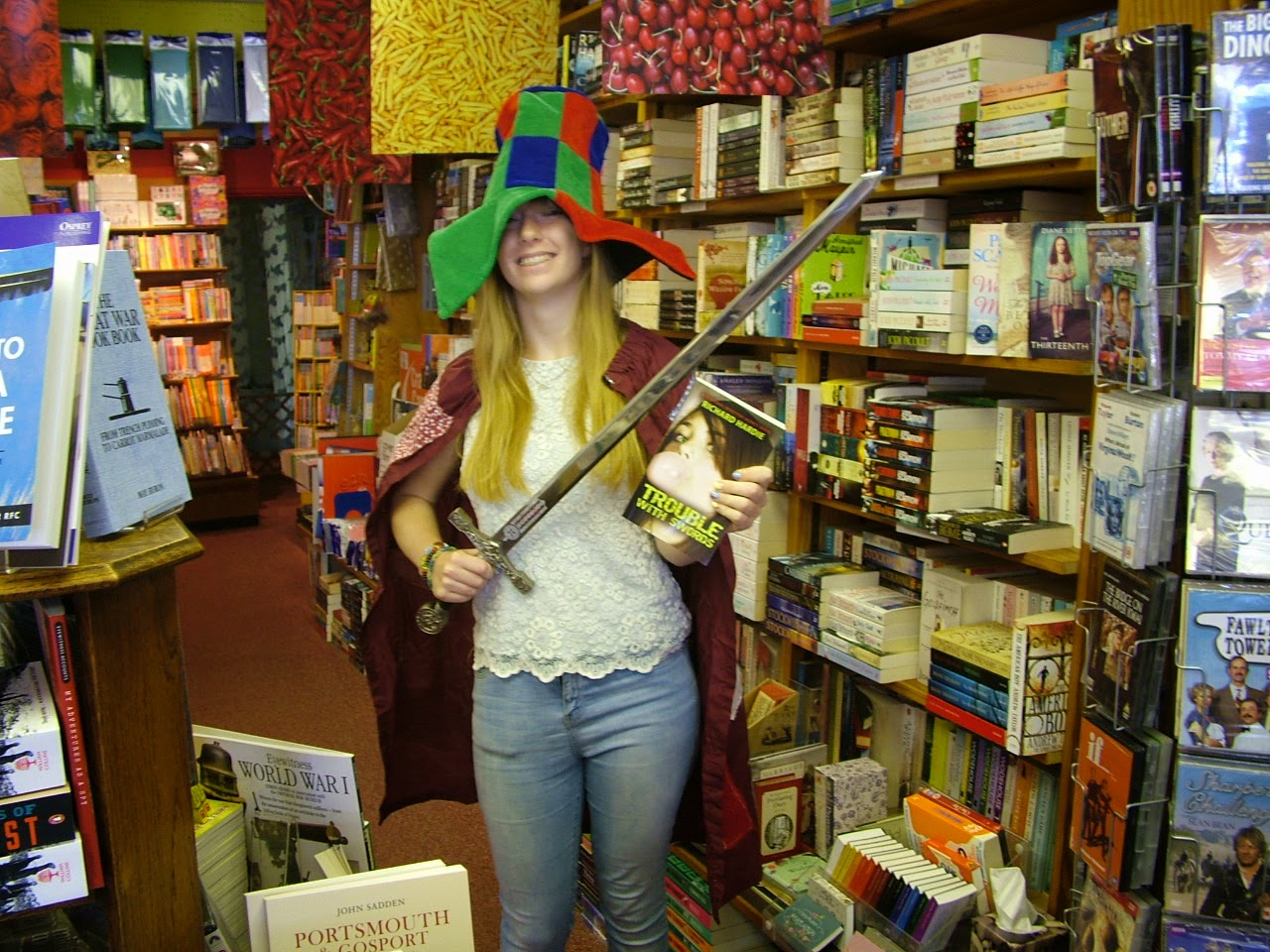 Tomorrow I'm signing at Calliope Gifts in Alton and I know it's going to be great fun.

So, on to the selling bit! If you haven't already bought a copy, then PLEASE do, especially if you have teenage kids. Please also tell people about it and share the links. 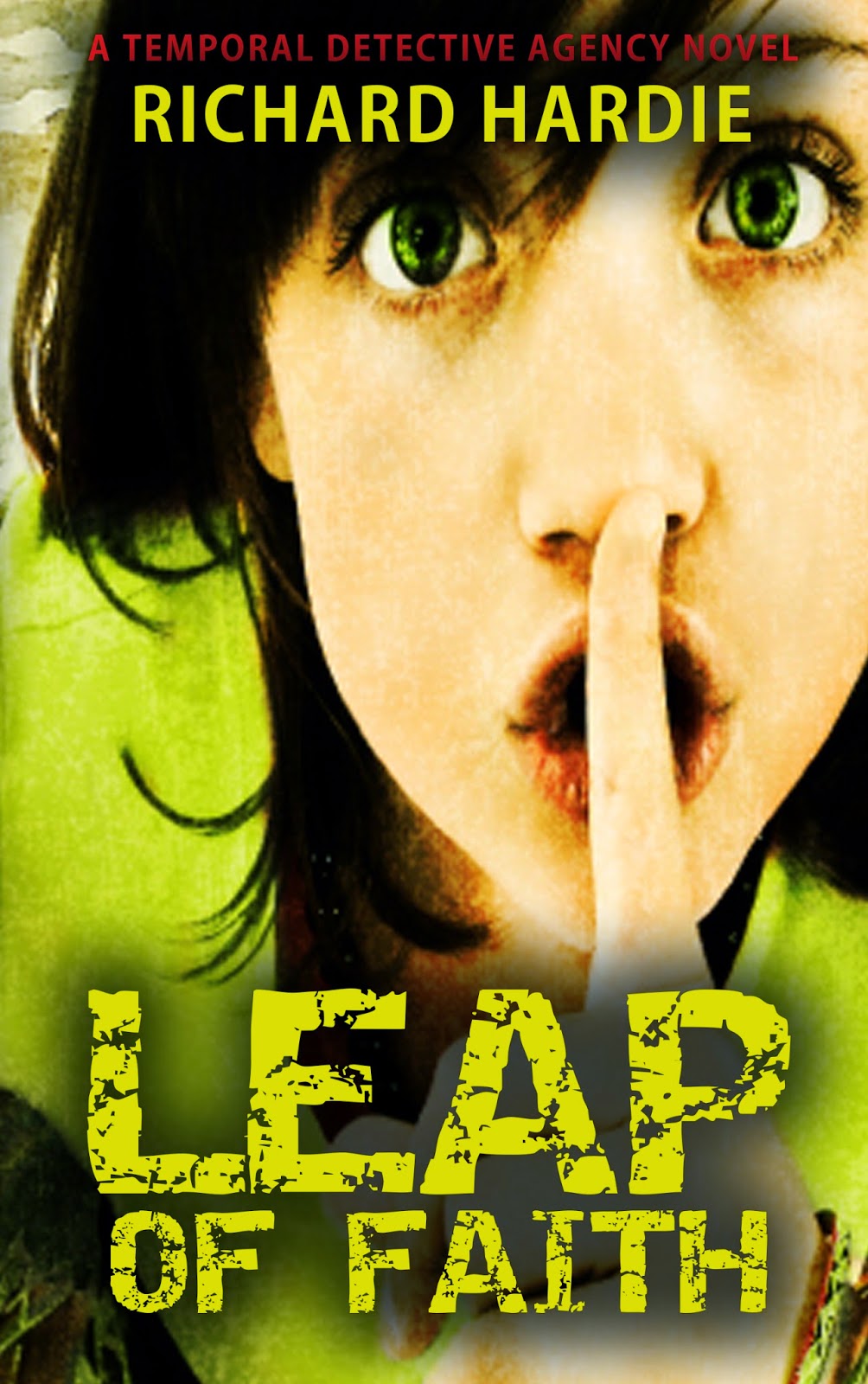 And Leap of Faith is available on Amazon at:-

Interview with Tertia. Founder of the Temporal Detective Agency!

My interview tonight is with a 15 year old time travelling apprentice wizard whose early adventures were immortalised in the book Leap of Faith... released last by Crooked Cat Publishing and are now continuing in Trouble With Swords. It’s none other than Tertia, one of the founders of The Temporal Detective Agency.

Tertia, it’s a pleasure to be talking to you again today, especially as the first time I heard your name was 10 years ago. Mind you as you travel in time you haven’t aged at all, while I (allegedly) have the odd grey hair now.
Er... what are you doing?

Counting the odd grey hairs. Could take me a week or two, I reckon, and Marlene would definitely have to take her shoes and socks off!

Amazing!   The tape recorder’s on so tell me about you and your cousin Unita.

You mean Neets? What’s to tell? We originally came from near Camelot, where our families had small farms until they were burnt to the ground by the Black Knight. He was a nasty bit of work. Then we travelled through Merl’s Time Portal to the 21st century and here we are!

Hang on. A Time Portal? What’s that?

You wrote the bleedin’ books. Why’d you need me to tell you? You’re the writer guy!

I know, but many of my blog readers won’t have read Leap of Faith yet let alone Trouble With Swords, so they’ll be stunned that time travel really exists and is being used by a couple of teenage girls. Humour me.

Okey Dokey. Neets (that’s my cousin Unita to you) and I sort of inherited Merl’s cave and with it came her Time Portal. And, like, we’re going to use it aren’t we?

Merl? I don’t think I know her.

Yeh. You know, Merlin the wizard. She’s Merl to me. You must have heard of Merl Grey tea? She invented that years ago. So anyway, we started the Temporal Detective Agency with Merl’s sister Marlene.

Merlin had a sister? Merlin was a woman? 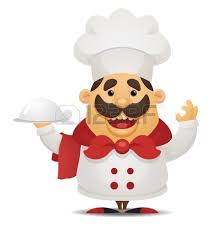 ‘course she did. A dumpy red-headed little thing. Blimey, you must have known she was a woman, you wrote about her! I helped her do her man-disguise for a couple of years. (Read the book!). Oh yeh, and then there was Galahad, who started the Olé Grill chain of Spanish themed restaurants. He came with us and acted as the front for the Agency. Made a fortune into the bargain.

But why did you come here? Why didn’t you stay in Camelot?

It’s obvious. We moved to the 21st century because the cases were much more interesting and mostly because the toilet facilities are SOOOO much better. Flushing  loos and toilet paper. Bliss! Besides which it took you nearly ten years to get us into a book and Neets and I wanted to have a little chat with you as to why it took so long. I mean.... scribble, scribble, scribble, and it’s done! What took you so long?

Never mind that. We’ll have a chat later. If you came to the future, how come you still live in a cave?

Don’t get huffy, writer mate! It may be a cave to you, but it’s home to me, Neets, Marlene, Galahad and the cats. You think Dr Who invented the “bigger on the inside than it is on the outside” bit. Come off it, we were years ahead. Actually centuries ahead. Hot and cold running waiters. Our cave is a bleedin’ mansion! So many wings, it’ll probably fly away!

Tell me about your names Tertia and Unita. They're unusual.

Not really. They're not our real names - which incidentally I'm not going to tell you - but Merl had a terrible memory, so instead of always getting our names wrong she gave us numbers. She only ever had three apprentice wizards at a time so they were always called Unita, Douvet and Tertia. Get it... One Two and Three. Simple!


What happened to Douvet then? 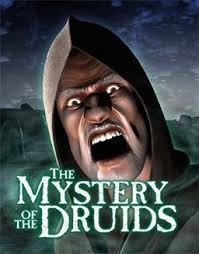 We don't like to talk about it. She was a nice kid, but got mixed up with the wrong crowd.... druids! Word has it she's appearing in our fourth book though, so we're on the look out for her.

Ok, let’s move on to the Agency. Is it profitable?

Depends what you mean by profitable. Er... no! Mind you, we don’t turn work away and we have a motto “No job too small. No fee too big”. Catchy, isn’t it? Well, we thought so anyway, but we’re still working on the fee bit. Mind you our clients tend to be royalty and you know what they're like with money. Ask them for a few quid and they just look blankly at you.

In Leap of Faith you have some pretty hair-raising adventures battling ship wreckers and smugglers. Can you tell us what happens in Trouble With Swords?

No way, José! If I tell everyone what an incredibly hair-raising set of adventures the Agency had in Camelot, Ancient Rome, Elizabethan London and Egypt they won’t need to buy the bleedin’ book. If I told you we met two Roman emperors, Cleopatra and Shakespeare, we'd be giving the game away. Get your head screwed on, writer man, Blimey!

Good point, Tertia. So will there be other books about you and the other members of the Agency?

You’re asking me? Look, we’ll have the adventures, no problem, because we’re having fun. But it’s up to you to put finger to keyboard and tell the world what we’ve done. So what’s the answer, smart guy?

When you put it like that, Tertia, as long as you and the Agency are having adventures and I enjoy writing them up for you, there’ll be more Temporal Detective Agency books. Deal?

Right! Now let’s get back to the party and have some fun before Neets’s cats eat all the virtual food and Marlene drinks all the booze! Are we done?

I suppose we must be if you put it like that.

Great! Only last thing, and I’m only going to shout this once... BUY THE BLEEDIN’ BOOKS. You can get them at the following links.

Trouble With Swords is available on Amazon at
http://www.amazon.co.uk/Trouble-Swords-Richard-Hardie-ebook/dp/B00MEWG5D8/ref=pd_rhf_dp_p_img_1

Both books are also available through most independent bookshops in the UK and on line through Foyles, Waterstones and Lovereading4kids.

Richard blog is at
http://richardhardies.blogspot.co.uk/
Posted by Richard Hardie at 18:36 2 comments:

Posting a blog every week when it's expected to be there at around 7.00pm every Friday isn't as easy as it might sound. 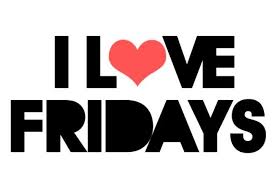 I usually set aside an hour or two either on Thursday night, or Friday afternoon and decide what I want to blog about and let the words flow. If I can add photos from my own stock, or from Google Images so much the better. I think I've missed a handful of Fridays (not counting holidays and high days) since I started blogging two and a half years ago.

During that time my blog has had over 36,000 views, averaging around 1,400 per month which is fantastic and many thanks to everyone who looked in to read my thoughts and drivel.

So where are you?

During that time I've interviewed some fascinating people, both famous, infamous and not so well know. Currently broadcaster Sue Cook is the most viewed interviewee with nearly 1,500 views, with author Many James with 1,400.

Interviewing the great Bernard Cornwell was a thrill and I was amazed when he agreed to answer my sycophantic questions! Actually he was very open about his private life, how he got into writing and what his intentions are for his various historical series. The big news is that there will be more books!

It's not all been about interviewing people though. I've also blogged about our wonderful UK bankers, whose reputation for wholesome integrity has become somewhat tarnished. Some, not all, have shown themselves to be sharks, thieves and greedy idiots though believed themselves above the law. Banks themselves believed that tax was for the "little people" not for them, and profits were to be divvied out as bonuses. The bank remuneration committees were made up of other bankers who in turn expected their bonuses to confirmed on a scratch-your-back-scratch-my-back basis. Bankers give estate agents and bad name! 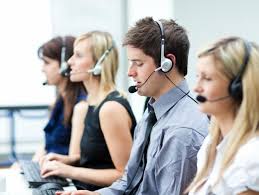 I also blagged about the plague of call centers, which lately has included a company that keeps phoning telling me it has been reported that I'm having nuisance call which they can halt by putting a black box on the back of my phone for a chunk of money. The scammers will think of everything.

Oh yes, and then there were scammers. There are so many, from the Nigerian "I want to give you $10m" Nigerian email scam, to the old fake Viagra scam, the phishing scams, the Inland Revenue rebate scam, to the "you have a virus, let me download a fix to your computer" scam

It's been an interesting blogging time, but I'll only blog if people enjoy reading my posts and I love comments.... so leave a few!