Sarah's new book "Father of Lies" is out today as an eBook on Amazon and will be available as a paperback shortly. It's the horror story she's always wanted to tell! Get it at....  http://www.amazon.co.uk/dp/B015NCZYKU   or the equivalent .com site in the States.

My guest tonight is a freelance writer and has written more than 140 short stories for women's magazines such as Woman's weekly, while her first serial is due out in March - a murder mystery. Sarah has also written a  comedy novel called Expected  and a collection of horror stories and really wants to concentrate more on psychological thriller novels.
Originally from Sheffield, where she studied nursing, as did my daughter (though not at the same time!), Sarah now lives and works in Sheffield again. 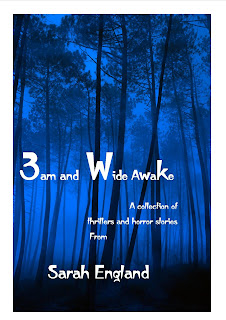