LOOKING AT THE WEATHER 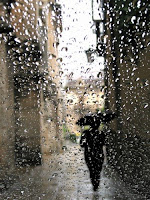 looking at the weather is a favourite British hobby. Mind you, commenting on it is an even more popular one, whether the sun's shining, or the rain pouring down.... and right now it's deluging!

Lot's os weather saying have grown up around our national past-time, so I thought while gardening is out of the questions I'd list a few. Some are very obvious, others are more regional and some are jokey. I'd love to hear what sayings other people have heard. Either put them as comments at the end of this blog post, or as comments in Facebook.

- Lovely weather for ducks (it had to come first, let's face it)
- Wet enough for you? (a retorical question. or one asking for a thumping!)
- Hot enough for you? (much the same)
- Raining cats and dogs (never seen it happen and a strange thing to say really)
- Raining Datsun Cogs (just after a car plant blew up!)
- Raining frogs (It happened in Mexico once)
- Taxi drivers in Reykjavik never say "hot enough for you?" (not if they want a tip)
- Rain, followed by a plague of locusts. (weather report in ancient Egypt)
- "A bad review is even less important than whether it's raining in Patagonia." (Iris Murdoch  who was so successful that reviews no longer mattered to her.)
- The best thing one can do when it's raining is to let it rain.(Henry Wordsworth Longfellow, stuck in a pub with the rain pouring down outside. Another pint Landlord, my old Daffodil)

- "It's black over Bill's Mother's!" (for some reason it means in the Midlands it's looking very much like rain.)
- It's raining pitch forks / hammer handles / stair rods (quite heavy rain!)
- The rain in Spain falls mainly on the plain. (No it doesn't!)
- It never rains but it pours. (Yes it does. We call that a shower)
- A real pea-souper (What us old bods remember used to happen in the 1950's in London. A fog so thick  you couldn't see a thing.... even the fog!)
- "The sun ain't gonna shine any more". (The Walker Brothers. How true, looking out of the window today)
- "Sunshine came softly through my window today!" (Donovan. If only!)
- "Today will be sunny, with strong winds and the possibility of rain with snow in places." (A real weather forecast hedging its bets!)
- "So hot you could fry an egg on it!" (Ah, but would you want to eat it afterwards?) 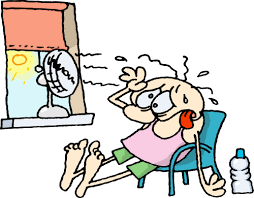 - So cold, the mercury in the themometer froze! (No, not possible.)
- Ne'er shed a clout 'til May be out. (Very stinky!)
- Winter is Nature's way of saying "Up Yours!" - (Robert Burns, aparantly)
- On a day with really heavy snow, only a smoke addict would HAVE to go to the shops. (A grateful Chancellor of the Excheqor)
- "Rain is angels crying!" (Really? I thought it was water precipitation caused by clouds... etc)
- "Here Comes the Sun." (George Harrison. Where, George, where????)