MY INTERVIEW WITH MANDY BAGGOT

My guest tonight is a bestselling and award-winning author of romantic fiction.

Mandy has been writing romantic stories since her school days. Her first book Excess All Areas was published in 2008. Breaking the Ice followed and shortly after that, the romantic comedy Knowing Me Knowing You. Her fourth novel Strings Attached was released in November 2011 and novel Taking Charge was published by US fiction publisher Sapphire Star Publishing in May 2012. Mandy is also a member of the Romantic Novelists' Association and a supporting author for the Festival of Romance.
Mandy lives in Wiltshire,

UK, with her husband, Mr Big, her two daughters and two cats, Kravitz and Springsteen. I believe there may be a guitar or two in there somewhere! 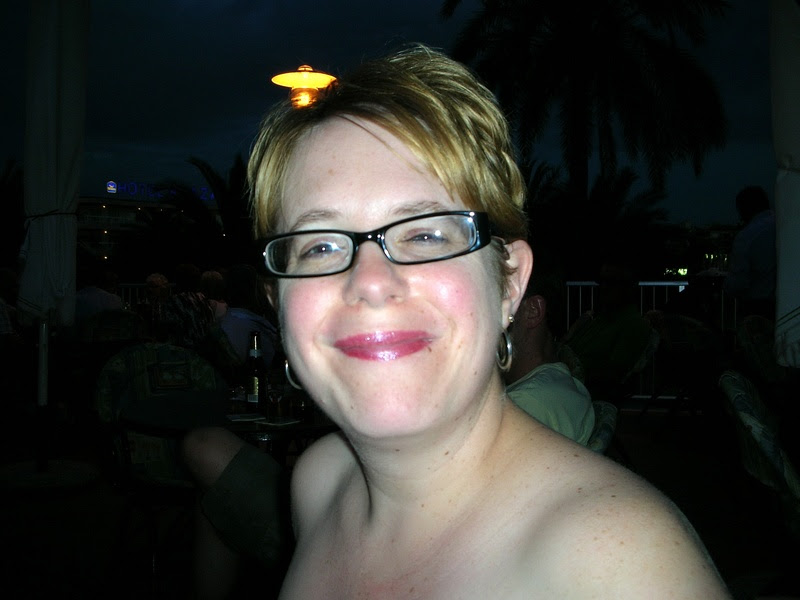 Mandy, firstly many thanks for agreeing to be interviewed. We exchange comments on Facebook and I met you in Waterstones in Southampton last year when I bought a signed copy of Strings Attached for my wife. She read it almost at a single sitting! How did you start writing and have you always wanted to write romantic fiction?

I started writing at an early age always preferring English over any other subject at school. At senior school I started writing an on-going soap style novel involving my friends and the celebrities of the time (Italia 1990 England football squad, New Kids on the Block etc.). Then when I left school my writing took a bit of a back seat while real boys took over!
For me it’s always been romance.  I’m a sucker for it!

Me too in real life! You're so lucky to be able to do what you love. I have to ask, what is the significance of Milo? The name appears in all your books, though it’s a different character every time.

Everyone loves Milo! I get asked about him so much he’s going to become more famous than me! 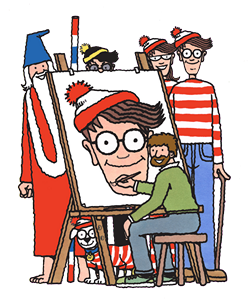 He started out as a barman mentioned in one line of my very first novel, Excess All Areas. Then when I was writing my second book, I needed a name for an incidental character and I was having trouble coming up with something. Then I thought, ‘well why don’t I just call him Milo too’ and it was then I decided to make Milo a feature of my books and stop myself having to come up with different names for small parts in every novel. He’s become a bit like Where’s Wally – people love it when they find him!

That solves one mystery! How do you approach writing a new book from the point of view of storyline and characters?

It sounds funny talking about a new book because I have the blurbs for the next five novels already part-written so they don’t actually feel new for me anymore.
I get ideas for novels coming to me all the time and the first thing I have to do is write the first attempt at a back cover. I can’t settle back into my current WIP until I’ve done that or the idea is whizzing around in my mind demanding attention and that’s off-putting!
Lately I’ve been getting my hero first, then the initial plot idea and my heroine next. I have this one idea that I cannot wait to write and it’s got a fantastic title (even if I do say so myself) so I might have to bump that book up the queue!

Sounds like a Booker Prize in the offing to me! How do you come up with such great plots for your books? Does personal and past experience play a part, or do you just have a great imagination?

I think experience does play an enormous part in writing. I know that being that much older and having experienced more of life I can bring another dimension to my writing perhaps it was lacking in my twenties.
Saying that, I haven’t had an affair with a rock star or actually played ice hockey or entered into a relationship game show but…Mr Big does play guitar and I’ve been to lots of rock concerts - I do love watching ice hockey - and I have been on television a good few times now! So I think experience, coupled with a vivid imagination, is the perfect combination!

And there was me thinking all those great stories of yours were written from first-hand experience! Have you considered writing a sequel to one of your books, or even a series?

I have written a sequel now. In fact I wrote the sequel to my first novel, Excess All Areas in 2006. It’s called Public Property and I released it myself as a little Christmas treat in December 2012. Had I not written it shortly after the first book I’m not sure it would ever have been written. I put so much into a book I often don’t leave anything for a sequel! I also love creating new characters and situations in new books.
I have a little idea for a series set in a small American town called Jackson Creek. It’s kind of Dallas meets The Gilmore Girls! So, that’s there waiting for my attention at some point!

Good luck with developing that as a series. Tell me, who, as a writer, has influenced you most, Mandy?

I hate this question! I don’t think any one author has influenced me with their writing. I read so many different authors and I’m always blown away by the mix of styles. I’m quite unorthodox so I haven’t done anything in my writing life the traditional way. One person I always mention as an influence, is a lovely friend of mine called Talli Roland. Not only is she a great writer but she’s a determined, focused, natural communicator who has got where she is through hard work as well as talent. I admire people with that ethic. It doesn’t matter what lucky breaks you get, it’s hard work that pays off in the end.

You're not the first person to mention Talli as a great influence and friend. Perhaps you could arrange for me to interview her? Your new book called Security is due out very soon. What’s it about?


Oooo yes it’s coming very soon! 4 April! Security is my first crack at romantic suspense! It’s the story of pop star Autumn Raine and her newly-appointed bodyguard, Nathan Regan. Autumn has been threatened with kidnap and her mother (who happens to be the British Foreign Secretary) has employed ex-Special Forces soldier Nathan to look after her. At first they detest each other! Autumn’s living a privileged life and Nathan’s from Hull. It doesn’t get any more different than that! But as they get to know each other their feelings start to change. Of course this relationship isn’t made any easier with terrorists popping up, gun fights and paparazzi. What will happen?! You’ll have to buy a copy to find out LOL!

Wow, it sounds as though it has everything, plus the big finale, which you're going to keep a big secret! You must be very disciplined to write something as complex as that. Do you have a set routine as a writer and a special place where you work?

Routine! What’s that?! I do have a bit of a vague routine I suppose. I try and do most of my admin in the morning. I answer emails, set up Twitter for the day, check up on my Loveahappyending Lifestyle and Sapphire Star Publishing writing buddies

and schedule any promotional posts they need for the day. Then about 11.00am I might do my first bit of writing. I say ‘might’ because I usually have some blog posts/interviews to write over the course of a week so no two days are exactly the same. I’m lucky if I get two hours of solid writing in before the school run. But I am quite adaptable. If I think I haven’t written enough I’ll walk around the house with a notepad and write in any spare second I get. I have been known to be making dinner with one hand stirring the pan and writing with the other.

I mainly write at a laptop at my desk in my bedroom. I keep telling Mr Big he needs to build me a luxurious writing room in the garden!

Sue Cook, who I interviewed a couple of weeks ago has one. Lucky lady! Tell me, Mandy, what is the most important piece of advice you could give a budding writer?

Keep writing! Enjoy it! If you want publication decide which path is right for you but don’t be afraid to mix and match. Indie and traditional both have their merits. 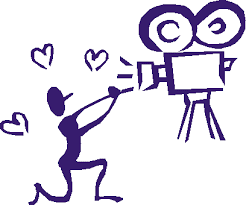 But most of all don’t get disheartened if things don’t go right at the first attempt. I’ve had so many rejections and doors shut in my face! Although it hurts, it feels so much sweeter when you’ve come out the other side!

One last question, Mandy. If you could achieve one important goal within the next 5 years, what would it be?

I think it's a geat ambition and you deserve to make it, Mandy. It’s been a great pleasure talking to you, and congratulations on publishing such a consistently excellent and readable catalogue of books. I’m sure my wife will be one of the first to buy Security and that’ll be a weekend gone!

Mandy’s books are available on all internet retail sites and can be linked to from her website at http://www.mandybaggot.com/thebooks.htm

Mandy’s website is http://www.mandybaggot.com/
Mandy’s new book Security is due out on 4th April 2013
Posted by Richard Hardie at 18:26