My updated Interview With Sue Cook

It's Patches, Sue Cook's cat's birthday today and much as I love interviewing cats, I've taken the opportunity to update my interview with one of my favourite people, Sue herself!

MY INTERVIEW WITH SUE COOK

My guest tonight is one of television and radio’s best loved broadcasters.

She is also a novelist and film producer, but if that isn’t enough she has played herself in two celebrated television dramas and “appeared” on Alan Partridge, portrayed as a whiskey swilling, cigarette smoking harridan. I assure you she is none of those things.
As well as being an Ambassador for the Prince’s Trust, she is a patron of the Rainbow Trust, the Children’s Liver Disease Foundation and the British Wireless Fund for the Blind.
My guest loves every project she’s involved in and enters into everything with total and obvious enthusiasm, though she says that nothing beats the buzz of being on television.

Tonight I’m proud to say that Sue Cook is with us.

Sue, firstly many thanks for agreeing to be interviewed. We’ve exchanged the occasional comment on Facebook and I know you’ve read some of my previous interviews, but tonight I want to talk about the Sue Cook few of us may know. Nervous?

Of course I am! Seriously, I’d much rather be asking the questions than answering them!

Sue, can you tell me how you got into writing and what your first work was about (published, or not!)? 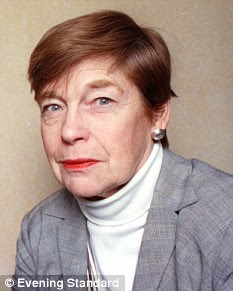 I’ve wanted to write novels since primary school days, mainly because writing stories came fairly easily to me and it was one of the few subjects I received praise for. So it was always accepted, by me at any rate, that I would be a writer when I grew up. Later, in my teens, I changed this to wanting to be a newspaper columnist. One of those opinionated ones like Katherine Whitehorn – whom I still admire enormously.

Your career covers virtually all aspects of the media from radio to television and from books to film. Is there any one that you find more fulfilling than the others?

They all have different pros and cons but if I really had to choose, it would be radio. Live radio, not recorded. I love live broadcasting. And I love interviewing people about their lives... finding out about their joys and woes and how they handle them. I love putting them at their ease, getting them to trust me so that we can have a natural conversation as if there weren’t several million people listening. I must admit I miss the buzz and adrenaline of that now.

Cinema seems to be a major part of your working life now. Tracker with Ray Winstone was your first project. How did that come about?

The author of Tracker died tragically young due to cancer, leaving behind a wife and three young daughters. His best friend, David Burns, made it his mission to get the film onto our screens. He approached my husband, Ian Sharp, and asked him to direct it. Ian and I had already collaborated in writing the first draft of a screenplay adaptation of my first novel, so we both knew that the screenwriting was something that suited me and I that I enjoyed, so I did the necessary first edit before submitting the script to the UK Film Council. They liked it but we all felt the story and character of the Maori figure, Kereama, needed to be fleshed out a lot more.  Ian and I went to New Zealand where the story was set, and we spent several weeks researching the Maori history and culture and worked out a back story for Kereama him, which we then wrote into the main script.

Your husband Ian directed Tracker. How easy was that and do you intend collaborating on further projects?

It was huge fun collaborating. Especially in a landscape as gorgeous as New Zealand.
One of the nicest aspects of broadcasting is the fact that everyone works as a team, and it’s the same in the movie business. Ian and I work really well together. He’s terrific at visualising the overall picture, and tells me the way he sees each particular scene playing out, and then I’ll go away and write it. I bring it back to show him and we modify it a bit more. We do this scene by scene, moving on to the next one when we think we’ve got it right. We are working together now on two projects – one for TV and another for the big screen.

You’re currently adapting one of your books On Dangerous Ground for the cinema. How involved will you be and will you adapt your other book Force of Nature?

I have written a first draft of On Dangerous Ground, and it was optioned for a while by a Hollywood production company who had the wonderful Helen Hunt lined up to star as Pru. Unsurprisingly, Hollywood likes to use its own writers to adapt novels for the screen. I was quite happy with that though. It was exciting enough for someone just to want to make a movie out of my book. But in the end they couldn’t settle on a writer everyone could agree on so I’ve got the rights back now. It’s now back down to me to polish up my original script and start looking for funding and producers over here. Any takers???
I might adapt Force of Nature when I get the chance. I think it could work well as a TV mini series.

I’ve just listened to your interview with the wonderful author Katie Fforde and I know from what you both said that you’re very keen to help aspiring writers. Is that what inspired The Write Lines radio series, Sue?

Katie is such an inspiration. She is not only a terrific and prolific writer, but she finds time to be warm and supportive to other aspiring writers. It was because I realised how many would-be writers are hungry for practical support and advice that I got BBC Oxford interested in running a series of programmes on Sunday nights. The publishing business is changing so rapidly now with the Internet. Publishing your own books no longer carries the stigma it used to. Many reputable authors are now going it alone. But we writers still need to listen to the experiences of other people in the business on what to write, how to write it, what sells and what doesn’t, how to get your characters right... even how to get the perfect cover design -  not to mention how to get attention for your work once you’ve published it. With more and more books being published every year, getting those sales figures isn’t easy. My mission is to get all the best movers and shakers in the publishing industry coming on The Write Lines to share their knowledge and experience. So far I’ve been amazed how generous these busy people are with their time and their expertise.

What advice you could give a new writer?

Hmm.... that changes every week. I think the best advice is to tell a good story. Don’t get too hung up on the editing and sentence construction. Leave that for the second draft. Once you’re happy with the story  – its beginning, middle and end – and written it out, then you can start the polishing process. Oh – and I always write a biography of each of my characters –  where they went to school, what their parents were like, what always got them into trouble, what heartbreaks they’ve had in their lives, what their ambitions are, where they buy their clothes... some of these things might never come out in the book you write, but they will inform the way your characters behave and speak. Works wonders for writing the dialogue.

Your autobiography would be absolutely fascinating. When will you be writing it, Sue?

It’s hard to think of one’s own life as fascinating! I think I will have a go at writing it one day though, before Alzheimers sets in!! But I’m not sure whether I’ll ever want it published. The trouble with writing one’s own story is that it involves so many other people. Sometimes there are certain aspects of their lives they’d rather not have publicised. A dilemma there. I’ll have to write it and see how it comes out.

I try to be at my desk most mornings, other commitments permitting, by 9.30 having had an energising swim in our indoor pool and then tea and toast for breakfast – or Ian makes us porridge in the winter. I’ve got a writing den in my garden so that I can tell myself I’m off to work. If I stayed in the house with the phone and the radio and my husband to chat to, not to mention endless excuses to procrastinate, I’d never get anything written. I set myself a target of a thousand words a day. I don’t always manage that, but it’s something to aim for.

What project are you’re working on right now?

I’m busy right this moment on planning exciting events for the Chipping Norton Literary Festival which starts on April 19th. I was asked to be a patron this year and it’s been so exciting selecting authors to come and speak. I’m particularly looking forward to interviewing Tracy Chevalier on stage at the town’s theatre. I mentioned that I’m collaborating with Ian on a TV project, which is in its early stages at the moment. But principally I’m working on my third novel. It’s quite a complex subject and I’m meeting lots of individuals who have experienced the particular situation I’m writing about and recording my conversations. It’s giving me fantastic insights and also helping me develop some unexpected twists and turns in my plot. Nuff said for now.

As I said above really. And get yourself on Twitter and get to know other writers. They are all so supportive. Writing can be a lonely business. It’s nice to have some writing buddies.

One last question, Sue. If you could achieve one important goal within the next 5 years, what would it be?

Finish this third novel! And if I really dare hope... to have finished the fourth one too!

Sue, it’s been a pleasure talking to you. My thanks for taking the time out of your busy schedule to be with us on my blog.

It’s a pleasure! Thank you Richard for talking to me.

Sue has an excellent web site at: http://suecook.com/
and her wonderful radio spot to help would-be writers is at http://thewritelines.co.uk.

Sue’s book On Dangerous Ground is available on Amazon at http://www.amazon.co.uk/On-Dangerous-Ground-Sue-Cook/dp/0755322339/ref=ntt_at_ep_dpi_7

And don't be shy. My Temporal Detective Agency books are available on http://www.amazon.co.uk/s/ref=nb_sb_noss?url=search-alias%3Ddigital-text&field-keywords=richard+hardie&rh=n%3A341677031%2Ck%3Arichard+hardie