For the second time in my series of guest interviews we’re going to Devon, one of the most beautiful parts of the country and where I had my first job. It’s good to be back in such lovely surrounding with my guest tonight! 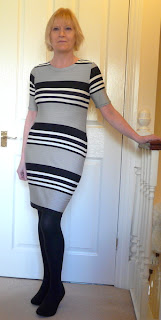 Tina published her first collection of short stories called Eclectic Dreams, most of which have been sold to women's magazines.
She is currently writing a thriller called Born to Love Me.
On top of that, she’s writing short stories and articles, helps to run a writing groups and doing the odd bit of proof reading and editing for a small company. Then there's her crafting, running on her treadmill, cooking, reading, walking, eating chocolate, drinking wine and playing on her Wii or DSi.
Blimey, no wonder she’s often still up at 1.00am!

Tina, firstly many thanks for agreeing to be interviewed. It’s great to talk to another person from Devon. I had my first job there and often went riding on Dartmoor. I’ve always felt it’s one of the most beautiful parts of the country. Have you lived there all your life?


Well I was born in Plymouth and lived there on and off until my mid thirties when I moved away. But we’ve been back in Devon for the last four years and it’ll always be home to me.

The moors can be very desolate, or they can be a place to lose yourself in and be by yourself. Do you have a favourite spot near you where you like to be alone? 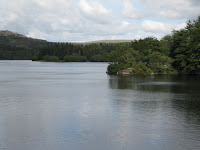 Yes, Burrator Reservoir. There’s a part about halfway around that you can walk up through the rough moor, then climb an outcrop of rocks – a tor - and sit on top of them looking out over the reservoir, moorland and forest. It’s my favourite place.

Dartmoor is famous for many things, but probably for two especially, the Hound of the Baskervilles and for its ponies. Are you a horse lover? 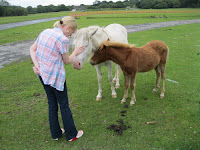 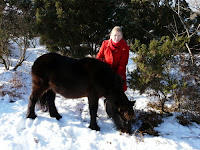 Oh my word yes. I learned to ride in my twenties, and rode across Dartmoor every week. There’s nothing quite like galloping across the moor on a clear day, at one with nature and beast, fantastic!

I totally agree! I believe you worked with the homeless and as a counsellor to young people in your area. How did you become involved?
I wanted something to do whilst I was bringing up my daughter, and saw an advert for people to train as counsellors for a new proposed youth centre in Plymouth.  I was accepted onto the training scheme, completed the course and helped set up the centre, which is still going over twenty years later. I left once it had been set up because we moved out of the area, but I then got a job working with homeless people in a day centre.

Good for you. Looking at what you’ve done and what you do now you certainly have a busy life. Tell me, Tina, at what point did you start to write and what was the first work you finished?

I started making up stories from a very young age, and when I was at senior school, my school reports were terrible because I spent most of the time gazing out of the window daydreaming. The stories I made up were so much more interesting than our lessons, but I didn’t write them down at that point.  Then, when I had my daughter, I wrote children’s stories on an electric typewriter and read them to her at bedtime. I sadly don’t have them anymore they were lost in various house moves. I can still remember some of them though. But I really started off as a short story and article writer and sold stories and articles to various publications in the UK and overseas, as well as through Alfiedog, Ether Books and A Quick Read. I also had my own regular column of anecdotal articles on the website Age-net before I started writing novels.

Eclectic Dreams is a collection of your short stories. I haven’t read them yet I’m afraid, but did you write them over a number of years, or as an intended collection for a book with a common theme?

They are stories written over a few years and sold to various magazines, and then put into the collection. Many of them came about through dreams, hence the title of the book.

You started one writer group and help to run another. How did you get involved with them?
I had the idea to start a writing group locally, for people who wanted to write and be paid for it, so I got local shops to put up posters and the local paper did an ad for me. Several people responded and it grew from there.  However I left when it was fully functioning because there was so much else I wanted to do.
The other group is on Facebook, and came about because other FB writing groups were a tad too serious. I wanted a group that was fun to be in with a more relaxed atmosphere, so started up Really Relaxed Writers. It’s a great group with lovely members and I'm still very much involved with it.

I know you’re working on a book about your time in the funeral profession, which you’re calling Lifting the Lid. Is it a fiction novel using your experiences, or a docu-book?

It’s going to be a factual book, which will start off by dispelling the myths and fears people have, and will be an account of my time spent working in the business. I’m writing it under a pseudonym because it will be very honest, and will talk about sensitive issues and the tactics some companies use to gain business.

You’re also working on a thriller called Born to Love Me. Can you tell me about it without giving away too much of the plot?
Born to Love Me is about cloning, but with a surprise dark twist. It shows how love can sometimes be so strong it destroys people. It’s quite sinister at times and doesn’t have a happy ending. I can’t give too much away, but it’s a real shocker.

. I think my previous jobs have taught me a great deal about people and their emotions, and I’m able to draw on that and use it to make my characters very real.

When you write do you have your book plotted out chapter by chapter, or are you like me and let the words flow, allowing your characters determine their own destinies?
Oh I definitely let the characters write themselves. I have a basic outline and usually have all my characters in place – I can actually picture them as real people - but what happens to them just comes as I write. Sometimes I’m surprised at the way things turn out.

Many writers have to have a perfect environment, with the right cup of tea, or coffee and everything in its place before they can start. How about you? Do you have a writing ritual?

I wish I did! I wish I could be disciplined and write every day, but I don’t work like that. One day I might sit at the laptop at 8am and still be going at 7pm, having not stopped to eat or anything, but then I could go for three weeks and not write another word. 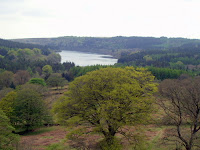 The only thing I need to write is peace and quiet, and I’m quite lucky because we live in the country with fields beside and behind us, so I get that peace.

What books do you read and who has influenced you most? Please don’t say Shakespeare! Though I’d guess at Thomas Hardy and R D Blackmore from your Devon background.

I read various books and don’t stick to a particular genre. I like character driven stories by authors such as Debbie Macomber and Erica James, but I also like Thrillers by Simon Kernick and Alex Kava. I love M C Beaton’s Agatha Raisin series, they are so witty and comical. Yes I do like Thomas Hardy; Far From the Madding Crowd is probably my favourite. Our English teacher took us to watch it at the cinema and I’ve loved his works ever since.  It’s hard to choose just one author as an influence, but if I had to really say just one, it would have to be Enid Blyton. I know people scoff at her nowadays, but she got me – and a lot of other children of the time – reading, and because of her, I wanted to create stories too. I guess I’m still a big kid at heart!

Be versatile. Don’t just stick to one thing, write as much as you can. The more you can write, the better you’ll become. Try short stories, letters and articles on a variety of subjects.

One last question, Tina. If you could achieve one important goal within the next 5 years, what would it be?
To finish all my novels, and see at least one of them in a bookshop. That would make me a very happy lady J

Tina, it’s been a pleasure talking to you, and good luck on getting your next books finished and published!