MY INTERVIEW WITH ANTHONY PRICE 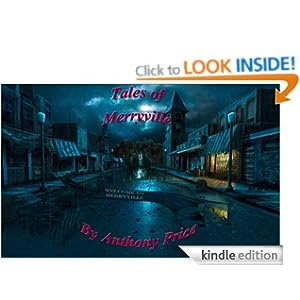 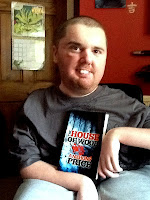 As an avid reader and film fanatic, he was first published at the age of fifteen and since achieving his MA in Creative Writing, has had several short stories published in e-zines and anthologies. He is also the author of his own horror anthology entitled Tales of Merryville which is available to buy in e-book format on Amazon.
His novel, The House of Wood, has been in the works for three years and started off as a small writing exercise on his MA before recently being published by Crooked Cat. Being a chair-bound writer, this novel is very special to him and especially as it made the top 100 list in its genre chart on Amazon.
Anthony is currently working on several creative projects to look out for in the future, including more horror novels, a feature film and a TV show.

Anthony, many thanks for agreeing to be interviewed tonight. To be honest, I don’t think I’ve talked to anyone who has had so many projects underway at the same time. Is this intentional?

I do always seem to have a lot of projects going on at one time.  It’s partly intentional, as I like to keep busy.  But it’s also to do with the fact that the ideas just keep coming to me.  When I get a new idea in my head, I have to start work on it immediately.  I’m getting better at sticking to one project at a time though.

I wish my brain was as active, but then you have the advantage of youth! Tell me about your background. Have you always lived in the Canterbury area?

Yes, I’ve lived here my entire life.  All twenty-eight years of it.  My whole family has lived in the area for generations.  It’s a nice place to live and it has quite a rich literary background.  I find it quite fitting.


And of course quite a history of murder, mayhem and revolts! Do you particularly like horror stories as a genre to both read and write?

I’m a massive fan of both horror literature and film.  I’ve been an avid reader of the genre for as long as I can remember, having my first taste of it with the Point Horror books.  In my late teens, I moved on to Stephen King and the late James Herbert.  Writing horror was a natural progression from that.  As it turns out, I enjoy writing it as much as reading it.  There’s just something about horror.  I guess it allows me to unleash my darker side.

I know you’re wheelchair bound with Spinal Muscular Atrophy Type 2. Has this influenced what you write about?

Actually, it’s only recently that I’ve started to use my experiences as a disabled person in my writing.  I was always told to write what I know, but I always found that difficult and I preferred to be as far away from the subject I was writing about as possible, hence the reason why the main character in The House of Wood is a young, able-bodied female.  However, I’m starting to see the benefit of having a unique perspective and unique experiences when it comes to telling stories.

How important do you think social media tools such as Twitter and Facebook are to you as an author?

I think as an unknown writer, trying to build a platform, they’re absolutely vital.  I’ve made so many new friends and writing connections through social media that have been a real help.  They’re a great tool for marketing the work and getting your message out there.  I don’t think I would’ve done half as well without them.

When you start a book, are you organised from the point of view of characterization and plot, or do you let things develop as you progress?

When I first started writing, I never used to plan at all, but I would always get to a point and then get writer’s block.  A lot of my early short stories took me so long to write because I didn’t plan ahead.  Now I spend at least a week getting a list of characters together with brief biographies and a relatively detailed plot outline together.  Although, once I start the actual writing part, I tend to not stick rigidly to my outline, as that can also stop the creative flow and the writing becomes flat.  Sometimes you need to just let the characters run the show.  It’s quite surprising sometimes what comes out of it.

Do you try to set aside a set amount of time each day to write? That’s a good question.  It really depends on my mood.  If I’m in the zone, then I have been known to work for up to seven hours a day, seven days a week.  I think that the more you write, the better you get at it.  Plus, a novel isn’t going to write itself.  Most of the time, I make sure I get at least a couple of hours down a day with a couple of days off to relax.

How did you come up with the plot for The House of Wood?

The House of Wood started out as a small exercise on my Creative Writing Masters.  I was originally going to write it as a short story, but there were so many things that I could add to it and ideas just kept coming to me, that I couldn’t do it justice in a few words.  It had to be a novel.  The plot changed a lot over the course of the writing process, but most of those original strands can still be found in the book.  I managed to tie them all together, without having to change too much to make it work.  At first, I thought it would be too convoluted.  As it turns out, it actually works really well.  Thankfully.

Being taken on by Crooked Cat must have been a thrill. Will they be your publisher from now on?

It was very exciting when they agreed to publish The House of Wood.  They’re a great publisher and really know what they’re doing.   I’m hoping that we can continue working together for some time to come.

What authors have inspired you in the past and which continue to do so now?

I think my biggest influences would have to be Stephen King and James Herbert.  Stephen King single handedly saved the horror genre from obscurity by giving it a fresh, new take with Carrie.  James Herbert was the first adult horror that I read.  I admire them both very much.

What piece of advice would you give an aspiring author?

The best piece of advice I could give any aspiring author is to just go out there and do it.  Keep writing.  The key to success is perseverance and not giving up, no matter how many rejections you get.  A writer can learn from criticism as well as praise.

What would be the single most important thing for you to achieve within the next five years?

I have big ambitions for the next few years.  My main aim is to carry on writing and to have a few more novels published, but I also want to put any revenue that I earn through royalties into starting my own film production company.  It’s going to be a long hard slog, but I’ve always enjoyed a challenge.


Many thanks for joining us tonight. Good luck with everything you do. I look forward to seeing the launch of Price Productions!