MY INTERVIEW WITH HELEN RAPPAPORT

My guest today is a British historian, author and former actress.

Her books include works on revolutionary Russia, as well as the Victorian era and as a fluent Russian speaker she’s translated Chekov into English and worked with major British playwrights, such as Tom Stoppard. Fellow historians recognise her as being an authority on her specialist areas which include the Jamaican nurse Mary Seacole, who went to the Crimea against all odds. Her book, Magnificent Obsession was published in November 2011 which just happened to be the 150th anniversary of its subject’s death.... Prince Albert. She  has just published Capturing the Light: The Birth of Photography, co-authored with Roger Watson, which tells the story of Henry Fox Talbot and Louis Daguerre.
My guest has been interviewed many times, including by Jenni Murray on Woman’s Hour, and I’m so pleased she has agreed to join us today.
Without a doubt, this multi-talented person could only be Helen Rappaport.

Helen, Many thanks for agreeing to join me tonight. I love your books and I see you as a "talking head" on television, but for many years you were on our TV screens as an actress. What made you give that up and concentrate on history and especially write about it?

I worked in TV and films as an actress after leaving university, mainly to exorcise a passion for acting that I had acquired performing in student theatre. It didn’t work out that well; I was broke, depressed and out of work for a lot of the time. But I had luckily kept my interest in Russian and history alive and had taken various freelance writing and translation jobs to keep my hand in. In the end it was a natural and logical change of direction away from acting into writing history, which I had always loved, though of course I merely exchanged one insecure profession for another!

I wonder if it's the actress in you that makes you empathise with your reader audience, because I certainly don't find your books purely didactic. You were once an editor. Tell me, ohw does that discipline help you in your writing

Hugely.   My work as an academic desk editor and copy editor was an extremely valuable grounding in how to write and not to write; in how to organize one’s narrative and present one’s research material and all the reference apparatus. It was instrumental in ensuring I set myself high standards in this regard when I turned to writing history full time. It also trained me to have an eagle eye for grammar, style and punctuation and the kind of inaccuracies and inconsistencies that plague history writing.

Those standards certainly come through in your writing. Do you have a set routine and place where you write?

No never. Routine kills inspiration. I never sit down and tell myself I must do so many words at such and such a time. Some days, if the ideas are flowing and I feel good, I will work very long and hard, though I try never to be at my computer after 8 pm because then I don’t sleep well as my brain is still churning. But on days when inspiration deserts me I never ever push it – I just find something else to do.


That's very wise and a good discipline. What is your aim as a writer, and what do you believe the role of a writer is today? 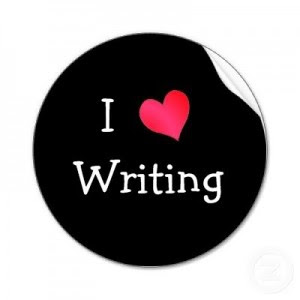 My aim is fundamentally the same as any other self-employed professional: to earn enough to live on; to receive a reasonable degree of commendation of my work from my intellectual and professional peers and most of all, to write history that reveals something new and interesting, even about well-covered subjects.  As for the role of the writer – I never think of myself in those terms. I write because it is what I can do; it’s my profession, how I earn my living. There is no mystique about it. Though I do love something Susan Sontag said about a writer needing to pay attention to things around them, to have a curiosity about the world.  That is essential because having that curiosity, one is always looking for something new to say, which in history writing is the essential thing. That curiosity is what certainly drives me.


A lot of your writing is about powerful women, but not necessarily about empowerment. Could you tell me more about your aspirations for women’s history? 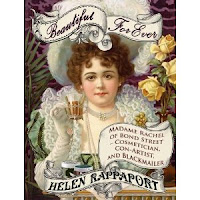 There is nothing I love more than uncovering the lost stories of women in history, of women who till now have been a footnote in bigger books – such as the heroic army wives who travelled to the Crimea; or of discovering totally lost stories, such as that of the Victorian anti-heroine and con artist Madame Rachel.  I am always on the lookout for new, unknown or neglected female subjects.  The only trouble is that the trade publishers don’t normally share my passion for them!  Selling obscure women’s stories in the current economic climate is well nigh impossible.

It must be. Do you sometimes feel as though you are a pioneer in this field?

Well that’s a very flattering thing to say, I would certainly like to feel that I have trodden new ground and uncovered lost women’s history yes. But I always set out to do so with all my subjects, male or female.

You certainly did with your last project which was on Victorian photography. What made you chose that?

I didn’t – it was  suggested to me by my agent who brought me together with another of his clients, Roger Watson, Curator of the Fox Talbot Museum at Lacock Abbey, to write the book. Roger is the photohistorian and good on the science; I am the social historian and trade writer. It was a very successful mix, I feel, as Roger is such a good and tolerant collaborator. But not all collaborations, of course, are as easy to handle and we were very lucky.


You were and I hope the book is a tremendous success. Do you know what your next project will be?

Yes, and it is written and has just been delivered to my editor at Pan Macmillan.  It is the untold story of the four Romanov sisters who were murdered at Ekaterinburg in 1918.  We know so little about the real girls behind the iconic public image of girls in white dresses and big picture hats. What I set out  to write was, effectively, a domestic life of the Romanovs, that reveals a lot of detail about the last Russian imperial family that many people will not be aware of.  So in that sense I very much set out to break new ground; I think and hope I will surprise people.

You usually do, Helen, and I'm really looking forward to the book coming out. What single piece of advice would you give an aspiring writer today? 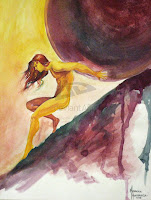 I can’t be that pat about it. There’s lots to take on board. You need to be resilient, optimistic and work very very hard. Nothing falls into any writer’s lap unless you are unbelievably lucky. Nor is anything guaranteed beyond each book, as you finish it It is an extremely insecure profession, where the rewards for the  vast majority of writers are small, and getting even smaller. If you are looking for fame and fortune, this is not the profession for you. It requires a lot of persistence and absolute dedication to the craft.

One last question, Helen.  What one thing would you like to achieve during the next 5 years? 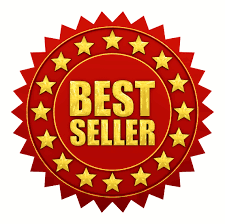 An obvious answer but like any writer I would love to have an international bestseller, not just for the kudos, but more importantly for the degree of financial security it might bring me.  Aside from that I just want to keep on writing engaging, narrative-driven, well-researched history until either I drop or lose my marbles.


Helen, I rather think your marbles are safe for many years to come! It’s been a pleasure talking to you and thank you so much for your time, as well as for agreeing to meet my blog community. Your books have always been a pleasure to read and I’m really looking forward to reading your next work.

You can find out about Helen and her books on her excellent website http://www.helenrappaport.com/index.html