MY INTERVIEW WITH RONNIE YOUNG. 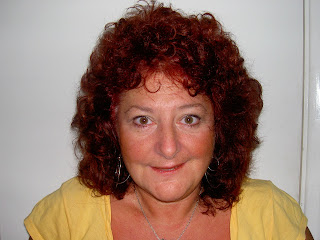 My guest this evening is a teacher and author, but that says a fraction of what she has achieved. Ronnie is a recognised expert on Asperger Syndrome and the support of those on the autistic spectrum and with Asperger Syndrome in schools, colleges and universities. Much of her time travelling overseas helping educational establishments evolve learning programmes. To top it all she is an inspector for OFSTED in the UK.
I’ve known Ronnie for over 30 years and she never ceases to amaze me.

Ronnie, as an educationalist, you started as a teacher, so you have coalface experience as it were. Did you always want to go into education?

NO. It was the job I least wanted.  I wanted to be a journalist but decided to take a gap year before university and was offered a job as an unqualified teacher in a primary school.  After about 10 days of not having a clue what I was doing I suddenly realised that I really didn’t want to do anything else.

A true vocational calling. What encouraged you to move out into learning programmes? 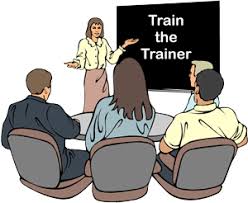 I’m not actually into learning programmes.  When I had to retire through illness about 14 years ago I started to train teachers on my areas of expertise and it sort of evolved.  Somebody from the National autistic Society asked if I would talk to parents about Asperger syndrome and after that I was in great demand outside the education world.  Adapting learning for teachers and parents suddenly appeared in my repertoire!

What does evolving a learning programme entail?

I always knew my elder son was not like other children I had met.  As a baby he never slept and was very solitary and he had obsessions. For instance if I didn’t wheel his pram past the building site with the diggers on my home from the shops he would scream until I did.  At school he refused to read (because the books were boring) and wouldn’t do more than one of any kind of maths sum because if he could do one, he had demonstrated his knowledge so why should he do more? At the age of 7 he was diagnosed as having moderate, if not severe learning difficulties and I was told to put him in a special school and cease all expectations.  As he was plotting bird migrations in atlases at the time (even though he could not, as far as the teachers were concerned, read at all), I had to take matters into my own hands which included removing him from state education into a small independent school where they let him be who he was and learn at his own speed.  It was a relief when, at 18, he was diagnosed with Asperger syndrome.  He had had lots of problems at school because teachers and other pupils expected him to behave in a certain way and thought he was naughty when he didn’t.  It wasn’t that – he hated being in the wrong.  They just hadn’t asked him the correct way.  People with Asperger syndrome lack intuition. They don’t just pick things up but have to be explicitly taught.  What they have not been taught deliberately they don’t know.  However, they are the easiest children in the world to manage.  They love rules and will follow any rules you make – as long as you know how to make them and explain them to the child.  I am happy to say that he is now a graduate and working in the City.  He has his own flat and is totally happy on his own.

I’ve obviously met your son, Ronnie and his achievements are inspirational. I know that Asperger syndrome is an area you are closely associated with, and care about. How did that come about?

This is from work undertaken by Simon Baron-Cohen at Cambridge University. He maintains the world is divided into two types of people – empathisers and systemisers.  Empathisers are good with people, have high emotional intelligence and communication skills and can work out what others are thinking.  Systemisers are good with things and systems – like IT and maths and physics;  things which run with rules. Aspies are on the extreme end of Systemisers.  The problem is that we live in an empathetic world – most teachers and HR staff are empathisers.  We couldn’t do our jobs if we weren’t. But empathisers don’t understand systemisers.  Have you seen any job adverts lately? “must be good communicator” “must work well in a team”.  Why? If you work well in a room alone with a computer are you no use to society?  Systemisers get a really bad press in society today as everyone else tries to make them communicators and empathetic.  Anyone out there who is introvert, likes working alone, finds the telephone and email an intrusion, prefers working to systems and rules rather than being constantly creative?  You are a systemiser.  How far are you along the line?  Incidentally, Baron-Cohen’s other names for empathisers and systemisers are female and male brain (although you don’t need to be male to have a male brain etc).  Incidentally, people don’t “suffer” from Asperger syndrome.  It is just a different wiring or chemistry of the brain.  Aspies only suffer because the rest of society won’t let them be who they are. 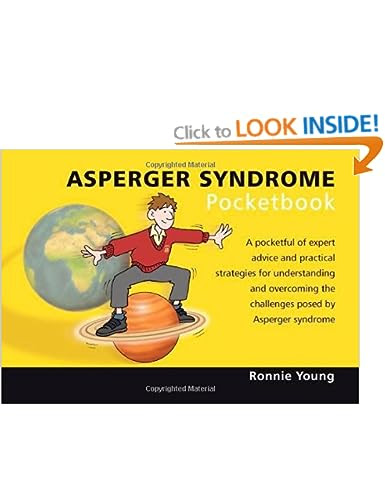 I believe you have written a book on Asperger’s (I know you did, because I have a copy!) How can people buy it?

The book is “The Asperger Syndrome Pocketbook” (Teachers’ Pocketbooks 2009) and is available from Amazon or the publisher.

Many people believe current education is a dumbing down standards from those of ten to twenty years ago with less emphasis on history and “the basics”. As an educationalist, do you agree?

What a horrible question!  My own opinion is that standards had to be “dumbed down” because government policy in the 1970s raised the school leaving age to 16 (so everyone had to take state exams at 16) and all go to the same schools (comprehensives).  It was assumed that children would be setted so all pupils could be taught at the level of their individual abilities across subjects and take the appropriate exam for their level.  However, when mixed ability teaching came in (politically correct and easy to timetable) and GCSE came in (with the idea that very few could fail) teachers had to teach at the level of the lowest attaining learners. When the National Curriculum was introduced in 1988, programmes of study had to be suitable for everybody as did GCSEs.  Because people have such uneven talents the main problem, in my view, is the idea that all children can learn every subject the same way, at the same speed and to the same depth.  Nowadays, educationalists have realised that this cannot happen.  Setting is coming back into schools and trying to cater for pupils’ individual needs is being prioritised.  In this way, it should be easier to raise standards.

A report I read a few days ago said that 1 in 5 children at school are special needs. An astonishing fact if it’s true. Is this a modern occurrence, or has it always been true, but unrecognised? 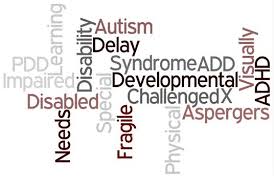 Nobody has a clue what percentage of the population has “special needs”.  A study carried out by Melbourne University about ten years ago revealed that according to official statistics, 2-3% of the population had  motor or sensory needs (e.g. wheelchair, adapted materials for visual issues (not just glasses) or induction loops for hearing impairment); 10-12% had processing information difficulties (e.g. dyslexia, dyscalculia, dyspraxia), 5% had behavioural issues (e.g. ADHD, conduct disorder, oppositional defiance disorder); 3-4% had emotional fragility (depression, stress and anxiety, eating disorders, self-harm etc) and 3-4% had chronic medical conditions (e.g. asthma, diabetes etc).  These are the categories which come under disability law.  However, these statistics are flawed.  All the studies that Melbourne worked with had only been carried out in the First World (Europe, USA, Canada and Australia/New Zealand) and they only cover people who are diagnosed.  Who knows how many have no diagnosis?  These conditions are not new – they have always been around.  However, the causes of most of them, especially processing information and behavioural difficulties are still being researched and the effects of such things as pollution, processed foods and additives and other 20th and 21st century arrivals into our lives are not yet known.  Certainly identification is much better known now and for many children, formal diagnosis is more easily obtainable.    I discovered when I was 35 that the reason my handwriting was so appalling and I was not allowed to take my O levels at grammar school (it would be a waste of public funds, dear) is because I am dyspraxic.  How many other people, I wonder, think themselves stupid because their brains are differently wired?  Anyway, to answer your question, Richard – I don’t think it matter whether we have conditions that come under disability discrimination law or not is important.  What is important is that schools take on board that if children can’t learn the way they teach, then they should teach the way every individual child learns.

There seems to be a preoccupation with “no one must come second, everyone must win” in schools. Do you find this to be true and if so doesn’t this give children a false idea of what Life is really going to be like when they leave school?

I think the idea that everyone must win is now dying out in schools.  Competitive sport has made a comeback (which is wonderful for those children who have strong abilities in sport) and more testing and examining is becoming the norm.  Children are certainly expected to fulfil their OWN targets which is probably closer to the real world than trying to beat everyone else.

That’s good to hear, Ronnie. Education is so important to humanity’s future. How do you see it progressing and what would you like to implement to improve things?

Who knows how it will progress?  I know if we could have a little less government interference and constant change it would allow teachers to remain confident about their skills and to develop their strategies to work with individual children.    If I had a magic wand I would see children grouped according to not only their attainment level but also the way they learn best and a greater emphasis on what children do well rather than the constant moaning about what they can’t do.  I would put spelling, grammar and punctuation on the syllabus of EVERY school subject (it is now but not all teachers feel confident about teaching it) and allow children to learn the skills they need when they leave school (like more writing in English and a little less literature).  I would also take the emphasis on academic achievement away.  Many young people are gifted in non-academic ways.  They should be as successful at school as those who are academic.  That is why I am such a champion of further educationalists who do such marvellous work with those who have been written off at school.

Ronnie, many thanks indeed for joining us and for giving us an insight into what your experience as an educationalist.

Remember you can buy Ronnie’s book “The Asperger Syndrome Pocketbook” (Teachers’ Pocketbooks 2009 from Amazon  on http://www.amazon.co.uk/Asperger-Syndrome-Pocketbook-Ronnie-Young/dp/1903776996
Posted by Richard Hardie at 18:25