MY WONDERS OF THE WORLD

MY WONDERS OF THE WORLD!

- The view from The Victoria Peak in Hong Kong - From the observation platform on the highest point of Hong Kong you can see right round the island and on days when there's no mist you can actually see the various towns laid out far below. Unfortunately the mist and humidity in Hong Kong makes it rare for there to be a clear view.

- The Worms Head in S. Wales - The Worms Head is a mile long outcrop on the Gower Peninsular that is only 100 feet wide It is a series of three linked rocky promentaries with the last being a rearing stack. The three look like a dragon arching its back and rearing its head and neck. The word worm is a corruption of the viking Wyrm, meaning dragon. A causeway links the Head and the mainland, but is only accessible for 5 hours either side of the tides and has proved fatal to those who linger. The sunset over the Worm's Head and the Bristol Channel is reportedly one of the most
beautiful in the world.

- Elephanta Island Bombay - About an hour by ferry from Bombay harbour is an series of islands, the most interesting of which is Elephanta. The throng of ornament seller are far from annoying and the items they sell are beautifully made, ranging from exquisite iny elephants to beautifully made carved boxes. Strangely, there are no elephants on the island, however a climb to the top of a small hill reveals wonderful stone carvings thousands of years old, cut into caves and the rock face.

- Colca Canyon of the Condors in Peru - Peru is famous for Machu Picchu, however one of the most awe-inspiring sights is Colca Canyon, the second deepest canyon in the world. The deepest is also in Peru and is nearly twive the depth of the Grand Canyon. Just after dawn, as the heat thermals begin to rise from the valley floor, the Condors slowly rise, using the thermals for lift. Condors are a type of vulture, are the largest land bird and their wing span is more than 10 feet. The sight of them rising is nothing short of majestic.

- Symi Island - The island is a two hour boat ride from Rhodes and is an island of two parts and eras. The first, where the ferry drops you is on the older side of the island. A walk up the twisting road to the island's hilly summit passes old, undisturbed farms and houses, many of which still have bullet pock-marks from the German invasion. Eerything is quiet and heavy. As you walk down the other side of the island the atmosphere seems to lighten and the harbour village is bustling with tourists and cafes 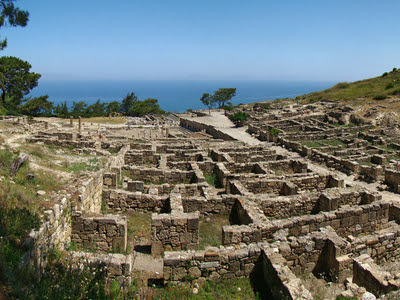 - Ancient Kamiros on Rhodes - On the North coast of Rhodes is a an area of cleared woodland that hides the ruins of  a Doric town called Kamiros. Discovered in 1929, excavations continued until the Second World War. The area is on a par with Pompei, but has the added advantage of being relatively unknown. When I went there my wife and I were the only visitors and the old man at the entrance nearly fell off his chair when we turned up. He eventually woke up enough to try to sell us decades old sepia post cards.

- Pere Le Chaise Cemetry - Paris has a number central cemeteries, but by far the most interesting is Pere Le Chaisel Built like a small town with rodas and little houses, there is very little grass, but plenty of trees and shrubs that make it a pleasant and far from spooky place. Residents include Oscar Wilde, Jim Morrison of The Doors, Edith Piaf, Eloise and Abellard, Marat, Marshall Petain and Chopin. Good company! 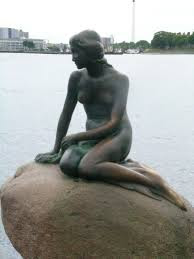 - The Little Mermaid in Copenhagen - Immortalised by Hans Christian Anderson, the little mermaid stands on a an incline of rocks at the mouth of Copenhagen harbour. At 2 feet high it's easy to miss from the sea and isn't visible from the land, but when you see it, you understand why the Danes make such a fuss about it.

- Mount Evasion in Scotland -Mount Evasion is on the Knoydart Peninsluar. From the main road at the start of the peninsular there's a track for 10 miles that ends at a deserted farmhouse and after that a walk for a further 15 miles to the center of the peninsular and Moubr Evasion. It's not that the mountain is difficult to climb (there are difficult routes as in all mountains and this is mostly a stiff walk) it's the fact that the center of the mountain is the most remote place in the UK. It's around 25 miles to the nearest habitation and slightly more than that to the village of Moydart at the far end of the peninsular, The pub in Moydart used to be owned by the brother of the chief distiller of the company that makes the special whisleys for the House of Commons and the Queen. The odd case would find its way to Moydart (allegedly!) and very few people can confirm it was the smoothest dram they ever tasted!

- Wenceslas Cathedral in Prague - The cathedral is vast and typically monumental, however its greatest treasure is the Black Statue of Christ. I was there on business and my host told me the following story. When the Germans invaded Prague, the church managed to hide many of its greatest treasures, however the staue of Christ made of gold was too heavy and large to be able to hide it in the time available. They hit on the idea  of painting the statue with thick black paint and leaving it in full view. The Germans ignored it and it still remains on public view as the Black Statue of Christ.

- Petra in Jordan - Petra is no secret, though not as much visited as its fame would suggest. The deep winding canyon path that takes you to the start of the city ends at the Treasury (famous as the building in Indiana Jones and The Last Crusade). Everyone says "Wow!" as they turn the corner and see the Treasury for the first time. Guides will take you to the main touristy and easily reached parts of Petra, but if you can get away, there are parts of Petra that are far more fascinating and if you have the time, more remote. I've been there three times for a day each time and always find it totally absorbing and awe-inspiring However I've heard that the price for a day ticket has soared to £75 since Petra became a World |Heritage Site. Very strangly

- St Catherine's church in Egypt - Perched in a valley half way up Mount Sinai is a monastery, inside of which is a tiny church in which the skeleton of St Catherine is kept in two silver caskets. Reputedly the monastery fell on hard times and the monks prayed one night and were told by God to go to the top of the mountain where they would find the remains of St Catherine who had been martyred by the Romans on the Wheel as a young girl. The monks found the skeleton and brought it back to the monastery, changing the name to that of the saint. Their fortunes also changed for the better. The only part of the skeleton on view is a finger bone on the basis of which someone estimated Catherine was more than 7 feet tall. Not bad in those days for a young girl! 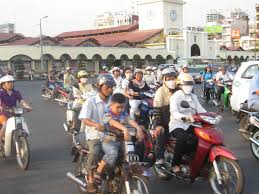 - Ho Chi Minh City, Vietnam - Far from being a sterile communist city, Saigon (renamed Ho Chi Minh City) is a cosmopolitan, vibrant place with less military and police presence than many countries I've visited. The food is a cross between Chinese, India and Thai and the prices are incredibly low. A friend and I had a multi-course meal with a special iced coconut desert and beers for less than $10. If you visit the HMC market look out for the polo shirts. They're, not copies, they're real (from the factory backdoor) and what would cost you £80 in the UK is $6 in the market...less if you buy in volume. You can also buy beautilly made wooden model sailing ships. I saw one of the Cutty Sark that had all the rigging and sails and was perfect in avery detail. at over 2 feet in length it would have been around £300 to £400 in the UK. I asked how much it was and the stall-holder seeing I was a tourist increased his price to $25, but quickly bargained down to $15. I was very tempted, but I'd never have got it home. Incidentally the same polo shirts are available in Bangko market for the same low prices.

- The Northern Lights - I've never actually seen them except from a plane flying back from America I also know several people who took cruises into the Arctic Circle, but never saw them. They have been visible as far south as England in certain conditions, but wherever you are they must be a phenomenal sight.
And you? What are your wonders of the world?
Blog on, Dudes!
Posted by Richard Hardie at 18:42