MY INTERVIEW WITH LORNA FERGUSSON

They say that those who can do, and those who can’t... well, they teach. My guest tonight is proof they’re wrong. 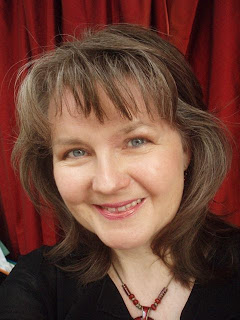 Lorna Fergusson is not only an author, but she also runs her own company in Oxford designed to offer writers support, workshops and creative writing courses. She has just finished running courses on Plotting and Crafting a Submission, a series of courses at the Winchester Writers' Conference ('Heroes to Savour, Villains with Relish' and 'Plot, Pitch and Promote') and a workshop on Life Writing in Oxford.
Lorna puts into practise what she teaches to great effect.

Lorna, I’ve wanted to interview you for some time, but I know you’ve been waiting for something to happen before we got together. It has now happened and it’s good news about your book Hinterland. Can you tell us about and the storyline?

That’s quite a plot, Lorna, and many congratulations on making the shortlist. Hinterland is still unpublished and although I know the winner will be published in hardback (and the very best of luck in coming first!), do you have an alternative publishing route for the book?

It goes without saying that it would be wonderful to win! However, if I don’t, my plan is to approach agents with the novel: the shortlisting should help, I hope, in terms of being taken seriously. At the same time, I know how tough the market is out there, so I’m realistic. Even if an agent loves your book, there’s no guarantee of publication. What’s great in these days of independent publishing, though, is the knowledge that I can if I choose to bring the book out myself under my own imprint, Fictionfire Press.

That’s a great strategy, Lorna. You’re right, the odds against being taken up by a traditional publisher are becoming astronomic and having your own imprint must be a major advantage. You used to make up stories for fun when you were a kid in Scotland, but were those stories for you, or to entertain other people?

I think there were always stories revolving in my head, but at the same time the show-off in me wanted an audience! I used to tell my sister stories and I wrote stories at school which won prizes. I also read all the time: I was an asthmatic child and reading was my escape and solace. The world of the imagination was often more real to me than the physical world around me.

I’ve always believed that children have incredible imaginations and writing for them is not only difficult, but also a privilege. Tell me, at what point did you get into writing books?

I had started once or twice and made little headway but when my Ian St James Award-winning short story ‘Exposed’ was published in an anthology, a major London literary agent (since retired) approached me. I found myself discussing what I was working on at the moment and thought... Right, then, I’d better write the thing!’. That novel was, ultimately, ‘The Chase’.

You started Fictionfire four years ago, but you were teaching creative writing before that in Oxford I believe. How did you start?

I’d attended the Winchester Writers’ Conference before I was published and when The Chase came out I was asked to give a talk there and that was the start. Over the past thirteen years I’ve run workshops and given talks at that conference and I’ve taught on the various programmes run by Oxford University’s Department for Continuing Education. I set up the Fictionfire Literary Consultancy so that I could design and run my own courses and combine this with manuscript appraisal, editing and mentoring. It’s been a real challenge but I absolutely love it and I’ve met some wonderful writers along the way. 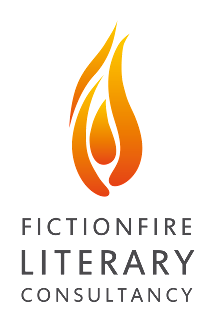 You obviously write using the rules you teach, but how do you go about editing your books?

Well, it’s easier to see the mote in somebody else’s eye than the beam in your own! However, I do try to be tough with myself and I apply the rules I recommend to others. First, stand back from the work to achieve the kind of distance you need to view your writing with a dispassionate, critical eye. Divide the process into stages: don’t try to do it all at once. Look at the overall shape of the work. Watch out for those sections where the momentum slows or the story sags. Polish the prose – I’m one of those writers who can agonise about the placing of a comma! Watch out for repetitions and lazy phrasings. Check internal consistency and facts. Repeat the process until you’re sick of the sight of the whole thing. Perfectionism is professionalism.

An agent friend of mine once told me that when you really hate your book, only then is it ready for submission. You now also run a series of afternoon Focus Workshops at your home in Oxford. What topics do you cover and how do they differ in content and results from your longer courses?

I set up the workshops a couple of years ago because I wanted something more flexible than formal day courses and which would suit regular attenders. It’s like a writing group without the time-commitment of having to attend every week. You can attend regularly or cherry-pick topics of interest to you as you develop various writing skills. That’s why they’re called Focus Workshops: in the past we’ve covered aspects such as writing great openings, creating a sense of place, creating dynamic dialogue, exploring the inner lives of characters, writing short stories and so on. Coming up this autumn are workshops on getting and staying inspired, writing creepy or scary scenes, what’s at stake for your characters and how that drives plot, and sending your characters on spiritual journeys. Every workshop involves discussion, analysis of excerpts and writing exercises. We have a lot of fun!

It sounds like it! Your first novel, The Chase, was originally published by Bloomsbury, but it has been re-released as an e-Book and paperback. What’s the reasoning behind that?

I was immensely proud, of course, to have been published by Bloomsbury but some years had gone by and the novel was out of print so I decided to retrieve my rights and publish it again myself. Not only do I have the pleasure of knowing it’s out in the world once more but I found the process of self-publishing very fulfilling – although it was a steep learning curve! I enjoyed commissioning a new cover, re-editing the book and writing the blurb and promotional copy for it.

In fact, doing what a publisher would do, but you have total control. E-Books seem to have more than 40% of the market. What are your feelings about this, both from a teaching and writing point of view?

There’s a great deal of debate going on about this: we live in uncertain but exciting times. The launch of the Kindle triggered a huge wave of eBook buying and this has now calmed down somewhat. It’s even been predicted that eBooks will go into decline.  elieve that digital and print books can co-exist: neither form needs to cancel out the other. I own a Kindle and a Kobo Mini – they’re fantastic when you’re travelling and I like being able to change the size of font. However, it’s murder to navigate your way to and fro within an ebook. I haven’t found that my buying of print books has declined just because I buy eBooks as well and I will always love the tactile satisfaction of owning a physical book with a gorgeous cover image. I brought The Chase out as an eBook and could have settled for that, but decided in the end to publish a paperback too. When the first box of copies arrived it was an utter delight to see them. For an author, nothing beats the thrill of holding in your hands the book you laboured so hard to create, unless it’s the joy of a reader telling you they couldn’t put your book down and were up half the night reading it!

I totally agree about authors wanting to physically hold their books. Mine are coming out in paperback form in November after being eBooks for 2 years and I can hardly wait. The Chase was a book for adults, so did you find writing Hinterland for children daunting?

For me, a story is a story. I had a great time writing Hinterland. I have two sons and I was making it up for them, originally. I was also recapturing what I liked in stories when I was a child – some humour, some adventure, a good sprinkling of the magical and otherworldly. I think choosing to write a children’s book was liberating – I could truly enjoy the ‘what if?’ aspect of composition.

You’re right. Writing a children’s book isn’t the easy option. In many ways kids are more discerning than adults. Do you have a new book project underway you can tell us about?

I have a sequel to Hinterland planned. I’m also well on through writing an adult historical novel. It’s dual narrative, set in the 19th century, with great locations and it’s inspired by true events – I’m very excited about it.

That’s definitely something to look forward to! The hardest question of all now, Lorna. As a teacher, if you could give one piece of advice to budding authors, what would it be?

Goodness, how to choose? The first thing I’d say is to trust the process. That means you need to have faith that you can see your project through. Break it into segments, deal with it a little at a time, but deal with it all the same – commit yourself to putting word after word on the page and you’ll get there. Trust also that in the writing process, new notions and connections will come to you. Don’t wait for them. Write and they will come.

Lorna, many thanks for joining us tonight, and good luck with Hinterland and especially with the Pan Macmillan’s Write Now prize.

Thanks very much for inviting me, Richard!