MY INTERVIEW WITH ELIZABETH DUCIE

My guest tonight is a Devon based writer of award winning short stories. She has also written textbooks, articles and management reports on the global pharmaceutical industry, as well as being editor of a technical journal. Her latest text-book was published as recently as July 2012 and it’s only in the past 6 years that she has turned to creative writing. Since then she hasn’t looked back. She moved with her husband to the south-west of England for its rich, green scenery, after many years in the arid south-east, and forgetting to ask why the countryside was so green, was a bit taken aback by how wet it is at times. She used to live a secret life as an international jet-setter, but has recently given that up to write full-time. When she grows up, she wants to be a best-selling novelist and live in a cottage with roses around the door. To date, she's got as far as the roses.
Although we know her as Elizabeth Ducie, her friends call her by her real name of Kate McCormick.

Kate, if I may use your real name, thank you for joining us this evening. I’ve interviewed a pharmaceutical representative who became a writer (Sarah England), but never someone who actually wrote text books about it. Was the move into creative writing linked with your move to the West Country?

Well, Richard, the two things happened around the same time, but were probably both factors of where we were in our lives rather than cause and effect. We wanted a quieter, less busy, lifestyle leading up to retirement, hence the move to the south west in 2007. I’d started the creative writing by then and gradually it became more important to me, until I knew I had to ‘give up the day job’ to concentrate on the writing.

The move sounds idylic and for the right reasons. I understand you’re taking a degree in creative Writing as a mature (I hope you don’t mind me saying that!) student. How are you finding it and is it helpful in your transition towards being a fiction writer?

I’ve actually finished the course (an MA at Exeter University) and graduated in January (hence the cap and gown picture on Facebook, which I must get around to changing). It was a weird experience being back on campus after nearly 40 years. As a scientist, I found the switch to an Arts subject difficult at times, and I found I was lacking some of the basics that the English graduates took for granted. My original reason for taking the MA was to provide the discipline and structure needed to finish my first novel (which I had started in 2006); in the event, I finished it just after I graduated. I certainly believe the MA gave me many benefits including improving my writing technique; making me a much better reader; and it was a wonderful networking opportunity. There is a group of us who continue to meet up once a month and many more that keep in contact by Facebook.

I agree with you there, that socialising is most important. Did you find your background in text books gave you discipline in proofing and editing?

Absolutely. I find the process of editing very satisfying. I guess it’s the scientific way we excise unnecessary words and find better ways of expressing a thought. I’ve also always been good at grammar and am one of those nerdy people who shout at the TV when a presenter gets it wrong. (My husband says I’m just too picky!). Having said that, I believe it’s always necessary to get someone else to proof-read your work. The eyes tend to see what the brain tells them to see, rather than what’s on the page.

It's amazing what people miss of their own work, that an editor will pick up so easily. You co-edit your local community magazine. How did you get involved and how has it evolved?

Back in 2009, when we first met, Sharon spotted an advert in the Chudleigh Phoenix, which was a bimonthly hard copy, distributed by hand. The guy who set it up had too much going on and was looking for someone to take it over. We saw it as a vehicle for getting our writing and our names known (we were both relatively new to the town) but we had no funding for a hard copy format and were about to turn the idea down when I suggested turning it into an electronic newsletter instead. We started with just four pages of A4 but it has snowballed since then. We now publish ten pages of A4 every month; it goes to more than 400 email addresses and the Town Hall prints off 100 plus copies each month for people who are not online. Feedback has been great and we are always stuffed with articles, reports and pictures, mostly provided by the townspeople. Since we started publishing our own books in 2011, we also use it as an advertising base.

That's extremely enterprising. You’re in the final editing stages of your first novel, which I believe is based in Russia. Can you tell us about the plot? 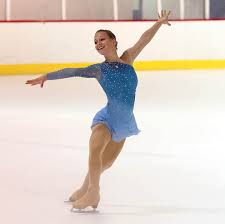 It is the story of Gorgito Tabatadze, a businessman in post-Soviet Russia, who battles bureaucracy, corruption and the hostile climate to build an ice-rink so his friend’s daughter, a talented skater, will return from USA to train in Russia. His real motivation is his failure to fulfil a promise to his mother, to bring home his sister, Maria, who disappeared in the Gulag many years before. Interwoven with the main action is the story of what really happened to Maria.

It sounds great and a real page-turner! Tell me, where do you get the ideas for your plots? Do they tend to come from personal experience, or from your imagination?

I often use personal experience as a trigger for a story, whether it’s an incident I’ve witnessed, a person I’ve met or a place I’ve visited. That’s why so many of my stories are set outside the UK. However, the plot will usually spiral off in a totally different direction. These days, I’m finding living in a small town and being involved in the community provides all sorts of triggers. I always say I will write about this town and its characters one of these days — but I’ll probably have to move first.

You wrote two collections of short stories with Sharon Cook, Life Is Not A Trifling Affair and Life Is Not A Bed Of Roses. They’re very entertaining, with a twinkle of humour and the odd tear-jerker. Did you and Sharon write alternate stories, or do you collaborate?

We write the stories individually, and then swap for review and editing. With ‘Trifles’ there was one of Sharon’s that I didn’t like and one of mine that she wasn’t happy with. So we found alternatives. We have to be happy with all the stories if we are going to publish them together.

I have a feeling you self-published your short story collections. How did you go about that?

Yes, we published them under our own imprint, Chudleigh Phoenix Publications. In our annual writing goals for 2011, we both had ‘get some short stories published’. We knew publishers were unlikely to accept an anthology of short stories, especially from two relatively unknown writers. Neither of us writes traditional ‘womag’ stories. So we decided to get on and do it ourselves. It meant learning about all the different aspects of the industry: formatting, printing, ISBNs, marketing and sales. We quickly found that writing is possibly the easiest part of the whole process.

Will you self-publish your new novel, or go the traditional route?

I have very mixed feelings about this. Our industry is changing massively and rapidly. Self-publishing is no longer a guilty secret and I now have the knowledge and skills to get a book produced, both electronically and physically. My understanding is that even authors with traditional publishing deals have to put a lot of time and effort into marketing their books. However, when it comes to upfront investment in printing, raising public awareness, commissioning reviews, distribution and getting books placed in retail outlets, the traditional route is still the preferable one.
I am currently looking for an agent to represent me in approaching traditional publishers and would be delighted if I was able to secure a publishing contract. However, it’s a real buyers’ market out there and not every writer who deserves a contract will get one. As you pointed out, I am a bit of a late starter to all this, so I’ve given myself a deadline to work to. If I’ve not got an agent by the time that deadline approaches, I will go down the self-publishing route again.

What are you working on at present?

I’ve just brought out an ebook called Parcels in the Rain and Other Writing. It’s a mix of thirty one short stories, flash fiction, travel writing and memoirs written over the course of seven years, but finalised and published over the course of one month as a way of breaking down the brick wall I found waiting for me when the novel was finished. I’m now writing short stories again and entering competitions, but the next novel is already knocking to get out of my head, so I guess I’ll be starting some character studies soon.

It's good to hear that your Russia based novel won't be a one-off! Did any particular author inspire you and help mould the way you write?

I’m not sure I can pick just one. I’ve always been an avid reader, from the days as a child when my parents would put the latest Enid Blyton in my Christmas stocking every year. I have very broad tastes but am drawn to story-driven books with plots that races along, whether it’s Tolkien’s fantasy; crime writers like James Patterson and Kathy Reichs; or family sagas. I struggled with some of the literary fiction at college, especially the character-driven books where very little happens.  So I guess this is why I find writing the ‘what’ and the ‘how’ of a story much easier than the ‘why’.

What one thing would you most like to achieve over the next five years, Kate?

I would like to become the best-selling novelist you referred to at the beginning of this interview (although then I would have to accept that I was finally grown-up!)

It’s been a pleasure talking to you, Kate. Many thanks for sharing your thoughts and good luck with your forthcoming books..


As Elizabeth Ducie, Kate has her author website at
http://www.elizabethducie.co.uk/

Life is Not a Trifling Affair is available on Amazon at
http://www.amazon.co.uk/Life-Not-Trifling-Affair-ebook/dp/B007JXMQYE/ref=pd_sim_kinc_5

Parcels in The Rain is available on Amazon at
http://www.amazon.co.uk/Parcels-Rain-Other-Writing-ebook/dp/B00C9D34LS/ref=pd_sim_kinc_3

The Chudleigh Phoenix can be found at
http://www.chudleighphoenix.co.uk/